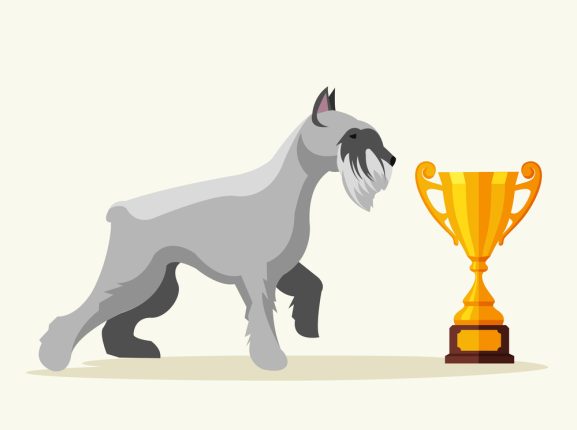 When William Rauch died in 1930, his passing was reported in the New York Times.

The short piece said that he was 68 years old, had been stricken of heart disease when he was in the south, left behind his wife, Susan, and son, Rudolph, and that his funeral services would be held at St. George’s Church in Stuyvesant Square. This notice had been headlined by larger font pointing out that he was a former President of the Westminster Kennel Club for several years, and that he had been chairman of the show committee for twenty-seven years, from 1901 to 1928.

The obituary left out that Rauch was a famous shot, and that he was a gundog man who (maybe) preferred hunting over his Setters, Spaniels and Pointers to exhibiting them. It was said that William never missed the field trials held by the English Springer Spaniel Field Trial Association held on Fishers Island in New York, and that he was a fan of all sports involving dogs. Indeed, at news of his death, the AKC Board of Directors (on which he served for some time) passed a resolution proclaiming that Rauch “stood for everything that was best and highest in the advancement of dogs and dog shows.”

Forty years later, curiously (and for no apparent reason that we could find), a small piece about William Rauch appeared in the “Dogs, Cats and Other Pets” section of the New York Times. It read, “Since the Westminster show was first held in 1877, there have been only 23 bench-show chairmen. William Rauch served the longest term, heading committees for 27 consecutive fixtures—from 1901 through 1927.”

Neither of the New York Times pieces mentioning Rauch included a salient point about his contribution not only to Westminster, but to all dog shows – and it was a suggestion that took the man early 30 years of convincing fellow WKC Governors that it was a good idea.

It was the first version of what you see in the photo below: 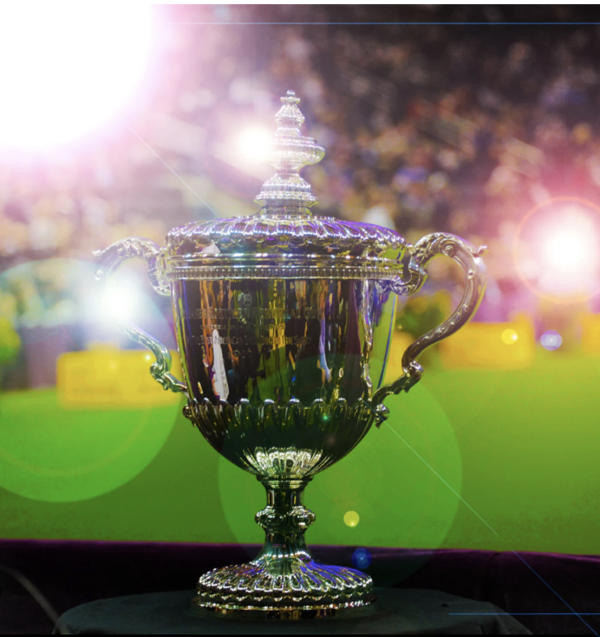 The trophy was won most recently in 2022 by a fabulous Bloodhound answering to “Trumpet:” 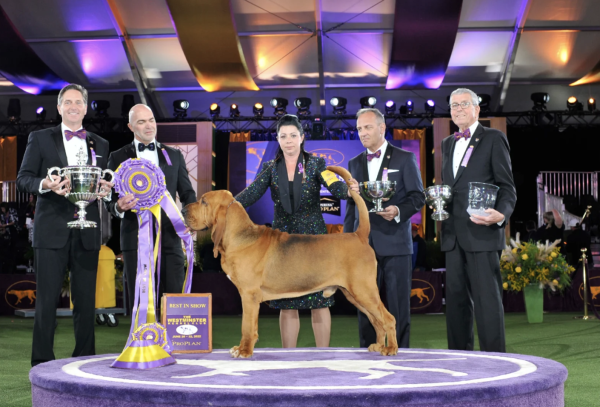 We can scarcely imagine a Best in Show winner at one of the world’s most prestigious dog shows leaving the ring with just a rosette. Granted, it’s a rosette the size of a door, but it’s not hardware, and it’s not pewter.

Rauch prevailed in his opinion that a trophy should be bestowed upon the club’s Best in Show winner at Westminster’s 1907 show  (which had became the largest dog show in history two years prior). Incredibly, the AKC didn’t even record the BIS win as part of its official results, but we think Rauch changed the nature of dogs shows in America. Perhaps it was our personal experience with the trophy that shapes our perception of it, but years ago when we first started working for the club during the show, we were tasked with watching over several heavily wrapped boxes, the top box having been already opened. After staring at the boxes for a good long time, we finally got curious about what it was we were entrusted to protect. We surreptitiously pulled out the contents of the top box and realized with a start that we were holding in our hands the Best in Show trophy for Westminster. Right after the skies parted and angels sang, we surmised that it would be the closest we ever came to holding the gleaming cup.

Yes. It really is that magical.