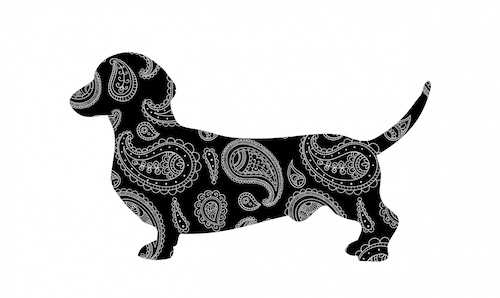 In the AKC’s hound group, “keel” is a word that can found be in three breeds: The Azawakh, the Bloodhound, and the Dachshund, but only one of the breeds uses the word as if it were an anatomical part, whereas the other two use the word to describe a shape.

In the Azawakh, the chest “is curved like a keel,” and in the Bloodhound, the “chest [is] well let down between the forelegs, forming a deep keel. In the Dachshund standard section on Forequarters, however, the dog’s “keel merges gradually into abdomen & extends well beyond front legs.”

This is an apt description for a breed that can sit on it’s “keel” (chest) as it digs furiously towards its prey. A Dachshund needs to have a deep chest with her elbows well above her keel to allow ample capacity for the heart and lungs. This front structure also gives her room for her legs both front and rear, but her keel must be smooth or she’ll be hampered by tree or grass roots as she backs out. This is one reason why the standard reads, “Keel merges gradually into abdomen & extends well beyond front legs.” 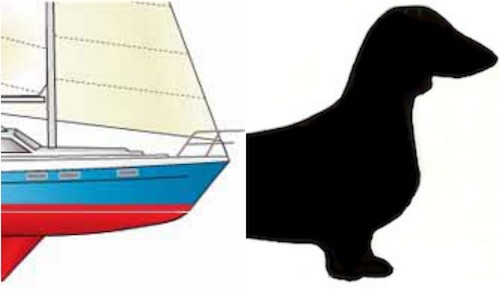 Dachshund silhouette isn’t intended to represent an ideal Dachshund, but rather, to show similarities between two “keels”

The Dachshund really is a marvel of “engineering,” and is Exhibit A of “form following function.”