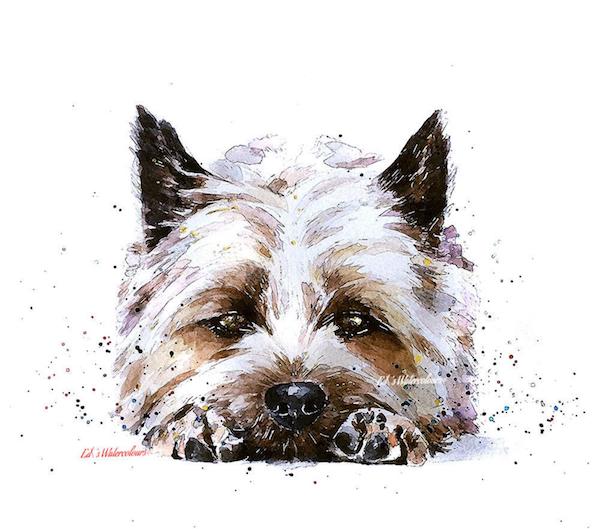 To the north of a geological rock fracture in Scotland known as the Highland Boundary Fault lies the Highlands; this is a wild area formed by the movement of glaciers during the last ice age that carved the land into lofty mountain peaks, narrow valleys, and undulating terrain dotted with lochs.  The Isle of Skye, the largest and the furthest north of the islands in the Inner Hebrides, is equally varied, from its rounded granite lumps of the Red Hills to an irregular coastline indented by sea lochs. 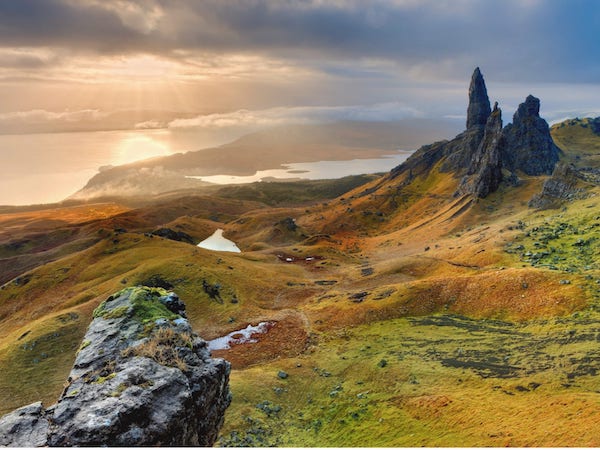 Both the Highlands and the Isle of Skye are home to moors, mystery, and legend, and it is on these grounds that feisty little dogs with their body weight in pluck scampered amid rocks, stone markers, and rocky dens, rooting out and dispatching vermin and small game. Rabbits and foxes were particularly fond of building their lairs under mounds of rough stones called “cairns.”

Valued for their gameness and prowess in “going to ground,” these earth dogs were one of the earliest means of “pest control,” and were so effective that in the 17 century, King James VI of Scotland, later to become King James I of England, sent six of these terriers to the King of France. A century later, differences between these little dogs began to be developed into distinct types, and when all was said and done, five terrier breeds native to these lands would emerge, all them called “Scotch Terriers” until the latter part of the 1800s when the advent of dog shows increased interest in establishing separate breed standards.

One of these breeds was named after the rock piles it was so adept at invading, and to this day, some Cairn Terrier breeders maintain that the other terrier breeds, namely the Scottish, West Highland White, and Skye Terrier, were all descendents of the Cairn. We leave that debate to the breeders, as well as the belief by some that the Cairn Terrier remains the closest to the original small working terrier one can envision scurrying across the landscape in the photograph above. What is not subject to debate is that the Cairn Terrier was the last of the Highland terriers to be formally named, and it got its name from  the rock mounds it was so proficient at penetrating. The breed was finally recognized as a distinct breed by the Kennel Club in England in 1912.

Image: Cairn Terrier 2 by EdsWaterColours (one left in stock as we write) can be purchased here