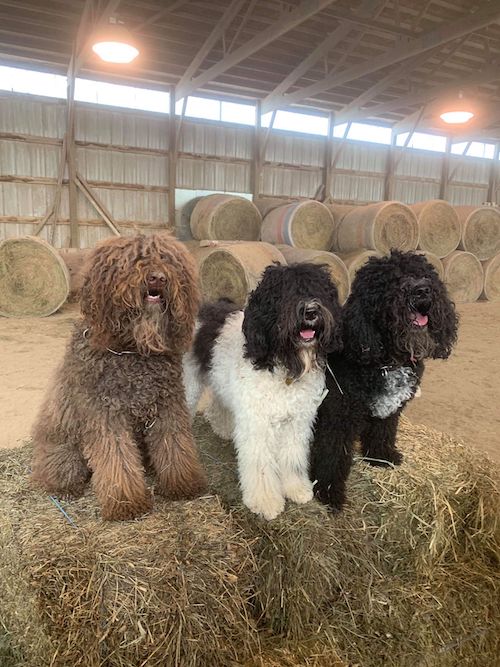 Lexically speaking, history doesn’t seem to have known what to make of the Barbet. In 1587, King Henry IV’s mistress, Corisande, was reproached by Monsieur de Bellieure, the Chancellor to Marie de Medici, for attending church in the company of “a fool, a monkey and a Barbet.” Less than 200 years later, the famous French philosopher, François-Marie Arouet (better known as Voltaire), was quoted as saying “The Barbet is man’s best friend….”

Did the two quotes even refer to the same breed?

The first assured mention of the barbet – or a water dog type – is found in a book written by a Gascon count in 1387 (though some canine historians believe the Barbet originated as early as the 8th century). Later, Dr Johannes Caius, physician to Queen Elizabeth I, tried to categorize these dogs with his De Canibus Britannicus originally written in Latin.  Later still, Fouilloux, a 16th century cynologist, would dub these dogs “barbet,” possibly from from “barbe,” a French designation for “beard,”or maybe from “être crotté comme un Barbet”meaning “to be very, very muddy.”

But again, did these people refer to the Barbet as we know it today?

Certainly, a water dog has been known in Europe since ancient times, a dog developed in France and referenced for centuries in European historical documentation. Its affinity for water notwithstanding, the word, “barbet” was historically a generic word used for any dog with a beard and a long coat, and it’s been suggested that only in France was a specific water dog called a “barbet.” According to the Dictionnaire Etymologique Rt Historique written by Larousse in 1964, the definition of the word, “barbet” (as it pertained to a dog) dated back as far as 1540: “homme barbu” and “chien barbet.” There were no breeds defined then, only types of dogs according to the work they performed and the coats they “wore.” Barbet, then, had different definitions: Barbette, bar-bichon, barbichette (female-little beard), barbone (big beard) – all derive from the same root word – “barbe” meaning beard.

Some cynologists believe that during the 18th and 19th centuries, the Barbet and Poodle were considered to be the same dog.  The introduction of the dog show and its impact on selective breeding created a split between the Poodle and the Barbet, and (according to those sources), the two types became separate over time and developed into unique breeds unto themselves.

To add to the confusion, there is such a thing as the “Barbet Moderne” which, as far as we can tell, is a designer breed fashioned by JC Hermans in the 1980’s by crossing Poodles, his goal to recreate a type of dog with a long coat, a mustache and a beard called a Grand barbet in 1750. Critics describe Herman’s creation as equivalent to a Labradoodle.

For our purposes, the Barbet is the original water dog used to flush out and retrieve water fowl from the marshes and wetlands of France for centuries. More than a retriever, the Barbet was called upon to search for, locate and flush out game hiding in water vegetation, then was expected to retrieve the game shot by his master. Original bloodlines of the Barbet trace back to 1891, the first standard written in 1886 by J de Coninck (though some sources write that the standard was written in 1894). 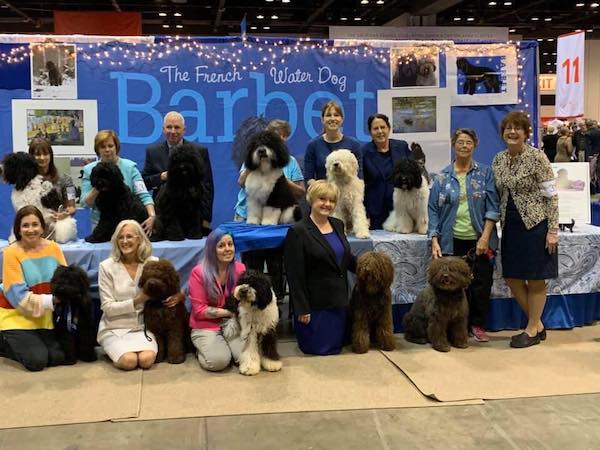 Not a Poodle, and certainly not a designer breed, the Barbet is FCI standard No.105,  a rustic, never-to-be-over-groomed water dog, hunter, and smart, even-tempered companion. As of 2020, the Barbet is now part of the AKC family.

Fans of the breed may find this Wall Street Journal article from 2012 of interest.