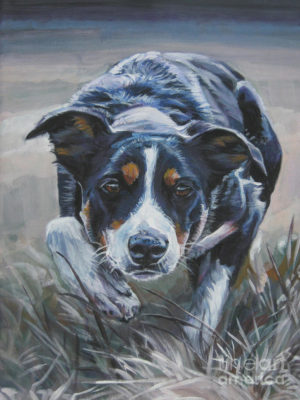 Over the course of time, the inimitable Border Collie has been known by different names including the “Working Collie,” “Scotch Sheepdog,” “Old Fashioned Collie,”and “English Collie.” If this was a breed in search of a permanent name that would become known universally, it found one with James Reid.

Reid was a Scottish solicitor working out of Airdrie who became the Hon. Secretary of the International Sheepdog Society (ISDS) in 1915 (some say 1914), and kept the job until 1948.  Until he assumed the job, the Society had been dormant during the war. It had just a handful of members and only a small amount of money with which to jump-start its activities, but James Reid galvanized the group into action with a vision that was developed with his great determination and energy until his retirement in 1946. 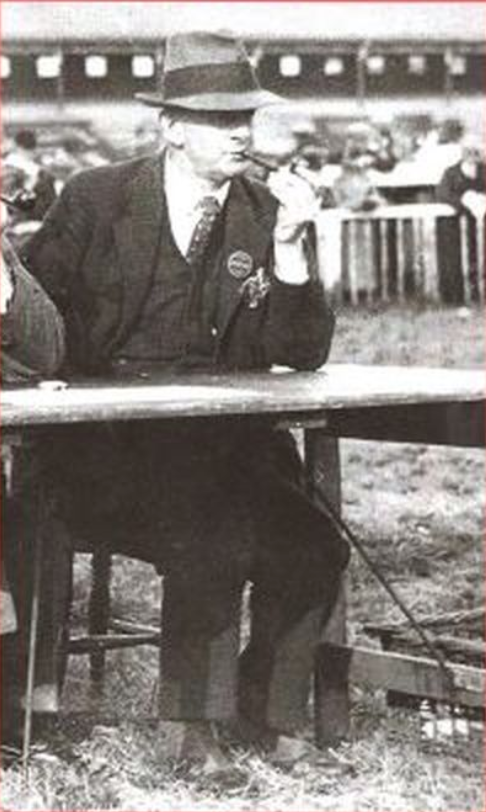 Reid wrote many papers on the early history of the sheepdogs, and instituted the Stud Book (the first volume became publicly available in 1955). The studbook remains an invaluable list of working sheepdogs and their progeny, and helps anybody wanting a dogs from a working strain who is looking for certain characteristics. Reid is credited for having created and maintained the Society’s high standards, and indeed, there are many experts who believe that it was James Reid’s work on behalf of the breed that gave it an entirely new status and spread its fame around the world.  One source wrote, “It would be difficult to name a man who did more for the shepherds of this country.”

Reid did one more thing for the breed: He gave it a name. As secretary, it was Reid’s job to deal with registrations, and he felt it necessary to distinguish these dogs from other dogs identified as “Collies” or “Colleys.” It is difficult to verify with certainty whether Reid first coined the name, “Border Collie” in describing the dogs in letters to colleagues, or whether he made an executive decision to name the breed while doing paper work in order to register them as a separate breed from other Collie breeds already registered; he was certainly the first person to have put the dogs’ breed name – Border Collie – in print, most likely in 1915.

It made perfect sense. The breed originated in Northumberland, a place on the very border of England and Scotland.

The International Sheep Dog Society that was founded in 1906 is still quite active today. Its annual competition has been continued without interruption except for breaks during the two World Wars and the 2001 Foot and Mouth outbreak, and the first World Trial that took place in Bala, North Wales in 2002 is now held every three years. The Society registers over 6,000 Border Collie pups every year, the ISDS Number and Dog Certificate a guarantee of a pedigree that for most dogs can be traced back over 100 years.

After reading a variety of sources about James Reid, we are left with the impression that some might regard him as the patron saint of the Border Collie. Perhaps others might find that “over the top,” but certainly his is a name that should be known to Border Collie owners and affectionados.

Anyone interested in learning more about James Reid may want to read, “The IDID: The James Reid Years,” and our image at the top comes from the cover of this book.