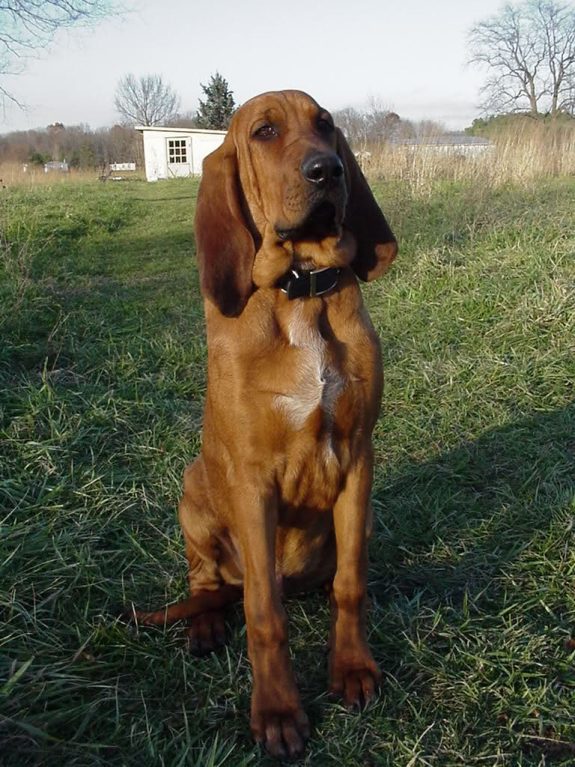 A name does not a pure breed make, nor does a registry created to service that particular dog.  Over the years, we’ve come across the Majestic Tree Hound in our researching travels, and today is the day we decided to learn more about it, and address it.

Proponents of the Majestic will say that while the creation of the breed is recent, its roots date back to medieval northern France and the hounds of St. Hubert. Descendants of the St. Hubert hound are well known to our readers as the Bloodhound and Basset Hound, and more distantly in coonhounds and foxhounds.

Foxhounds found their way to America in 1659 when Robert Brooke arrived from England with the first pack of English Foxhounds to be used for hunting in America (as an aside, he was the first Master of Foxhounds in the New World). Some of these Foxhounds factored into the ancestry of various coonhound breeds in the American south. Over time, the hounds were “tweaked” by owners who wanted to specialize their dogs to be faster, be able to tree a raccoon, or have a hot nose.

It’s rare to make changes without losing something in the process, and some breeders lamented the passing of those earlier hounds who, while slower, were able to pick up the coldest trail and tackle large game. Lee Newhart, Jr. was one of those people.

In 1979, Newhart decided to reconstitute the early version of those large hunting hounds that had been used by early American settlers. His breeding program (painted as organized and ruthlessly selective) crossed Bloodhounds with “western big-game hounds,”  possibly Gascon type dogs. He selected for keen scenting ability, even temperaments, lovely voices, and a natural treeing ability; what he developed has been described as extra houndy in appearance with the facial wrinkling and delaps reflective of the Bloodhound in its ancestry, its structure functionally sound for speed and stamina.

Rather than present the dogs as a new line in an existing coonhound breed, Newhart and fellow breeders (including Robert Dutcher, Fred Newhart, Robert Cooper, Jr., Randy Lovell, and Robert Newhart) opted to register them as a separate new breed of “Coon & Big Game hound.” In 1980, they formed the National Majestic Tree Hound Association in Ithaca, NY, and the same year, the first Majestics were formally registered with the National Kennel Club.

Outside of the Majestic Tree Hound world, there were (and are) those who maintain that the dogs are basically crossbred hounds. They point out that the National Kennel Club (NKC) is the only registry that accepts them, and add that while the American Kennel Club only registers purebred dogs, the NKC is rather casual in its protocols and will register any dog in any pedigree without strict proof of ancestry.

Majestic Tree Hound owners may not care a whit about where their breed is accepted since (and this is a presumption on our part) they are individuals who most care about the breed’s working ability. There is a breed standard, but a glance at a photo gallery hints at a wide range of type within the breed.

National Purebred Dog Day’s mandate is to celebrate the purebred dog, and we do it primarily through education.  We try to cover as many breeds as accurately as we can on these pages, and welcome a correction where warranted. Sometimes, we discuss what isn’t a purebred dog, and for us, the jury is still out on the Majestic Tree Hound. In time, and with the dedication of owners and breeders, the MRH may one day join AKC ranks, but there has to be the will and desire to get there, and it just might not be all that important to folks who care more that their dogs be able to do their job than uniform conformation.

Image: This dog’s photograph appeared frequently throughout our Internet search and none offered attribution. We’ll happily amend this upon receipt of information