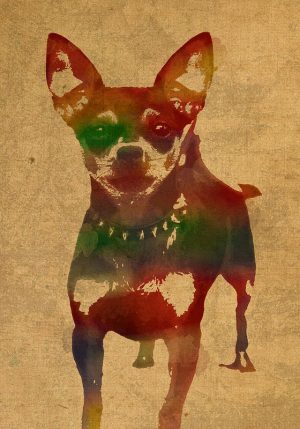 Of Mexico’s 32 states, the Chihuahua is named after the biggest one because that’s where the breed’s “epicenter” was found.  Around the late 1800s, however, Mexican merchants brought the little dogs to nearby American states to sell to border tourists who came to name the little dogs after where they were found. This resulted in the Chihuahua being known as the “Arizona dog,” the “Texas dog,” and the “Mexican dog.” In time, the breed would come to be universally known as the Chihuahua, a name that is believed to come from a Náhuatl word meaning dry, sandy place.