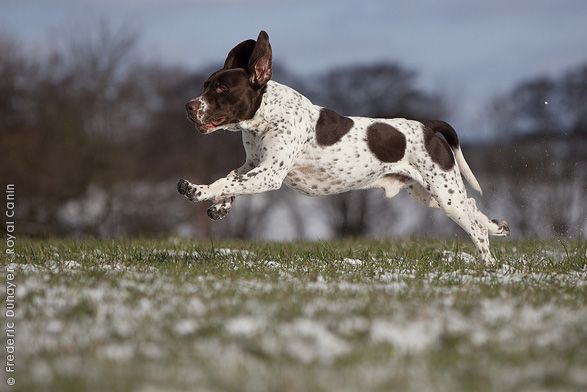 It’s an old breed, and one with which most of us are unfamiliar, but in Denmark, owners boast that the Old Danish Bird Dog is the third most popular hunting dog in terms of registrations.

Hunters value the breed for its incredible determination and courage. On a hunt, an Old Danish maintains close to medium contact with the hunter throughout the hunt, always keeping an eye on her handler, and moving slowly while searching for a variety of birds, head level or lower than the back when running. The breed has a natural point and is a natural tracker, and many are good retrievers. Those that aren’t can be trained since the breed has a desire to please. Some Old Danish, but not many, like water work, but again, their biddability makes them easy to train.

We wandered around You Tube in search of a video that might show the breed in motion, and found the one below. The footage is grainy, but it was the commentary that we found especially insightful. And then we discovered that the voice belonged to Craig Koshyk!  We hope he doesn’t mind our sharing it here: