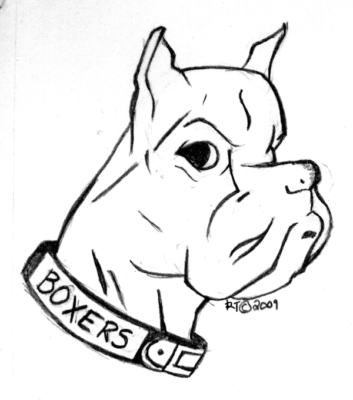 The seventh largest city in Massachusetts, Brockton,  is sometimes referred to as the “City of Champions” because of the success

of native sons, Rocky Marciano and Marvin Hagler, world class heavyweight and middleweight champion boxers, respectively.  Local secondary education is provided by Brockton High School, the largest high school in Massachusetts, and not surprisingly, its athletics teams are called the Boxers. While the name is a pun in reference to its alums, Marciano and Hagler, the actual mascot is a Boxer of the canine variety.