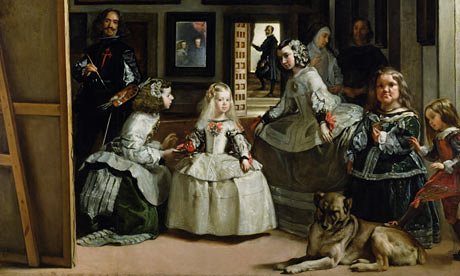 The Spanish Mastiff is a fine example of how closely tied to a culture a dog can be. Large mastins (molossers) kept company with people of the Castilian Plateau dating to the area’s Iron Age as evidenced by skeletons of enormous sized dogs found in the area. During the Medieval period, the Mastín Español accompanied shepherds who kept livestock; together they crossed from north to south Spain during seasonal movements between pastures, the dogs defending stock from wolf attacks and often walking thirty kilometers a day. With the farming system, the dogs became even more indispensable. It’s telling that one of the most important paintings in Western art, “Las Meninas” by Diego Velázquez (the leading artist of the Spanish Golden Age) prominently features a Spanish Mastiff in the foreground.

In 1981, the Asociación Española del Perro Mastín Español was created to organize a breeding program for the kind of large and strong mastiffs of old, and drafted a new breed standard focused on recovering the old cattle dogs that were suitable as pets and as guard dogs.  The devotion to the breed is understandable. Photos can be found on the Internet of Spanish Mastiffs guarding the remains of a sheep or cow to keep wolves from feeding on it.