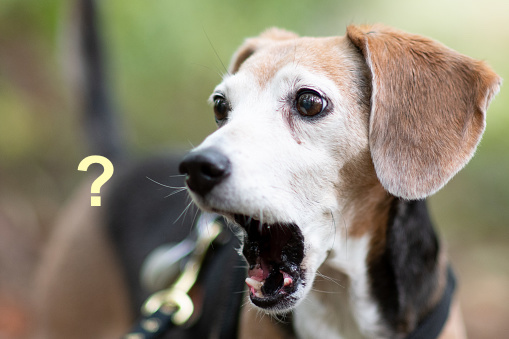 You might think that because we’re a dog-centric site, the answer to the question, what is the most genetically diverse species, would be the dog, but of course it’s not. Only a small number of genes actually account for the different phenotypes found in our breeds, and only a few, but very powerful gene locations lead to the diversity that make our breeds look so different from each other. CanMap, a research project, actually determined that every factor that changes how dogs look, from their color, coat, ears,  and more, are controlled by one of only 50 different genetic combinations.

Moving on, then, you might think the answer is a bacterium that divides every 20 minutes, or the gazillion insects of the world, but neither is the most genetically diverse species, either.

Before we keep going, perhaps we should touch upon what genetic diversity actually is. It’s a measure of how often two pieces of DNA from the same genomic location differ from one another in the same population. For the more scientific among our readers, we’ll cite Asher Cutter, a professor in the Department of Ecology and Evolutionary Biology at the University of Toronto, who says that DNA is made up of bases represented by the letters A, T, C and G. Together with their backbones, they’re known as nucleotides. Genetic diversity can be expressed as nucleotide diversity, or the percentage of positions within the genome where two individuals of a given species are expected to have different DNA bases.

And finally, we get to the answer. It’s thought now that the most genetically diverse species may be a mushroom that lives on decayed wood, the split gill mushroom, or Schizophyllum commune. You can read more about that here.

Discussing a mushroom leads us to another fungus, the truffle, and here we offer a crash course on the differences between these two fungi.

Mushrooms grow practically anywhere, including your lawn after a rainy few weeks. Truffles only grow in very specific conditions during a very short season, and that makes them far more expensive than ‘shrooms. Mushrooms can be found growing above ground, but truffles always grow underground attached to tree roots. For a discerning palate,  the fungus has a distinctive flavor and aroma that make them a pricey delicacy, and the effort to find the fungus makes it worthwhile. It also makes it worth the fuss to grow them as over 200 truffle orchards now under development in the United States prove. For the love sick, truffles have a historical reputation as aphrodisiacs, and female pigs would agree. One of the truffle’s 13,000 proteins is androstenone, a pheromone that’s also found in the saliva of male pigs. This makes sows and gilts (a female pig who has never had piglets) mad with passion, one reason they were traditionally used to hunt for truffles. Pigs, however, aren’t stupid (they’re actually quite intelligent), and they tend to gobble up anything they find.

Enter the dogs (you knew we’d get here eventually). While many dogs of assorted ancestry can be trained to find truffles as long as they are curious, independent, biddable, and food motivated, the Lagotto Romagnolo seems especially skilled at it. The breed was “plugged in” to perform retriever work through its history as a water retriever in the Ravenna lagoons of Italy; “Lagota” or “Lagotto” is derived from the Italian word, “lago” meaning lake. When the marshlands were dried up in the 1800s, the Lagotto’s role changed to truffle hunting (a great example of repurposing a breed), and a star was born. Indeed, in the world of truffle hunters, the breed is known as “the King of the Woods.” It is the only purebred dog breed currently used for searching for the edible fungi in Italy, and the only breed in the world specialized in tracking down the tuber. The Lagotto has great nose, a keen work ethic, and it’s hunting instinct has been suppressed over time so that the dog isn’t distracted by game. A trained truffle Lagotto will only dig a small hole to find the ripe truffle, a hole that can be filled back with dirt so that nature is with minimally disrupted. The dog is happy, nature is happy, the truffle seller is happy, the chef is happy, and as far as we can tell, only the unemployed pig is put out.