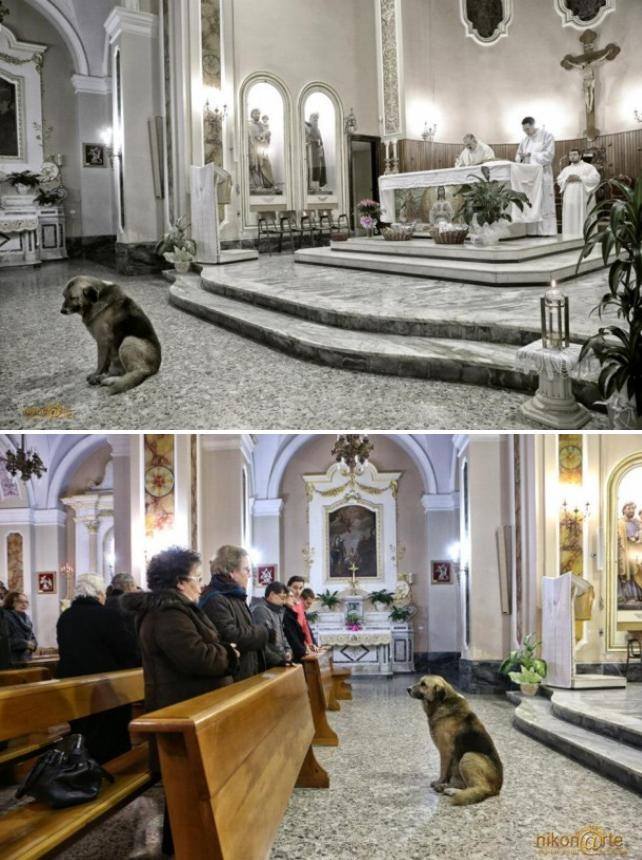 Ciccio, a 12-year-old German Shepherd whose owner died two months ago, attends Mass at the church of Santa Maria Assunta in San Donaci, Puglia where his deceased owner used to go every day. The parish clergy allow the German Shepherd Dog to sit in the the church for Mass. Father Donato Panna told the Daily Mail: ”He’s there every time I celebrate Mass and is very well behaved – he doesn’t make a sound, I’ve not heard one bark from him in all the time he has been coming in.

‘He used to come to Mass with Maria and he was obviously devoted to her – I let him stay inside as he was always so well behaved and none of the other parishioners ever complained to me.”