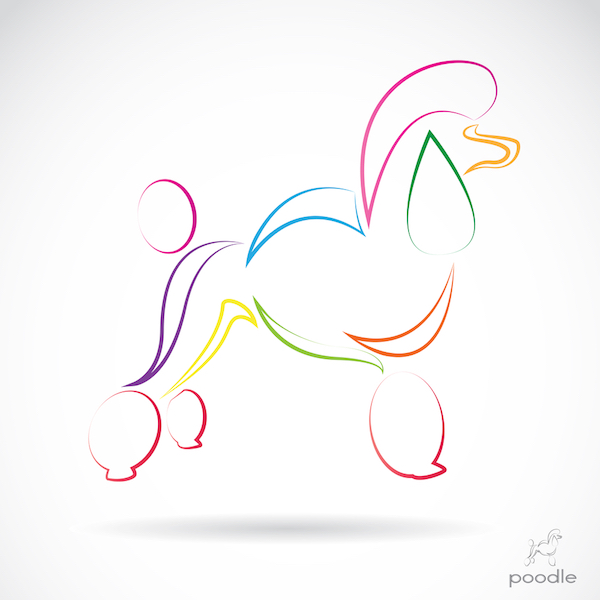 In the United States and England,  Poodles are arranged by three sizes:

The Standard – over 15 inches at the highest point of the shoulders (though they are generally 25-30 inches tall);

The Miniature – 15 inches or under at the highest point of the shoulders;

The Toy – 10 inches or under at the highest point of the shoulders.

The FCI, however, recognizes a fourth size, the “medium” which is roughly 17 inches to 20 inches.  The French call this a “Moyen Poodle,”  (which literally means “Medium Poodle), but the rest of Europe refers to them as “Kleins.”  Beyond size and weight (typically between 18 and 32 pounds), they are no different from Standards. Moyens are not obtained by crossing two sizes (at least, not on paper. We’ve seen hints that some are gotten by breeding miniature Poodles with Standards). The Moyen is an actual fourth Poodle size in Europe, and it’s not new.

Since the AKC breed standard indicates that a Standard Poodle is over 15 inches at the highest point of the shoulders, and a Moyen is around 17 inches, we presume that a Poodle that would be considered a “medium” in Europe would simply be regarded as a Standard Poodle in America, but we always defer to breed experts, and if someone has other information on this, we’d love to hear it.

4 thoughts on “The Moyen Poodle”