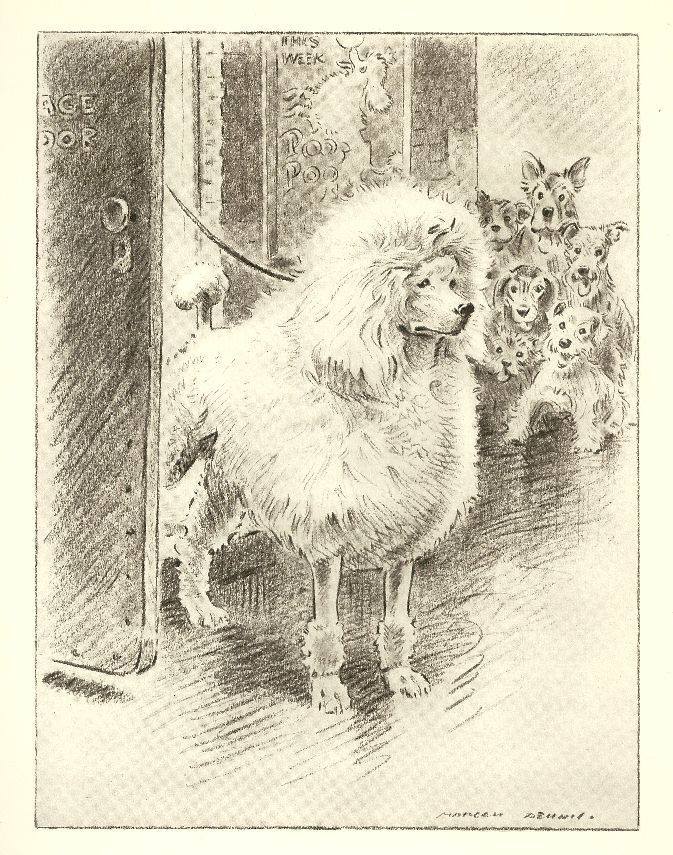 Standard Poodles are among the oldest forms of retriever, and of the three size varieties in Poodles, it’s likely the oldest because of its purpose as a duck retriever (something the breed is still capable of doing today). The Poodle was developed in Germany, not France (though France may have “popularized” the breed as we know it today), and the first written mention of the Poodle as a breed appeared in northern Germany and western Russia. The name, “Poodle,” in fact, comes from the Low German word “Pudeln,” meaning “to splash,” a word that dates back to 1524 when the German writer, Gesner, described a dog called a “Pudel” as a waterfowl retriever. In Belgium and Holland, the breed was known as a “Poedel” and used for the same purpose.

Dr. Fitzinger, an early authority on the breed in Germany, listed six varieties of Poodles in his area at the time: The Gros Pudel, Mittlere Pudel, Kleine Pudel, Kleine Pinsch, Schnur Pudel and Schaf Pudel. The word “Schaf” means “sheep,” and the word “Schnur” means, “corded” (and yes, we’ll discuss corded Poodles later), but the Gros Pudel was probably the equivalent of today’s Standard Poodle.

The Kennel Club Stud Book of England shows its first registry of Poodles in 1874, and in 1876, the Poodle Club of England was formed. The first Poodle registered with the AKC was in 1886, a black Standard Poodle named “Czar,” with full recognition coming in 1887. Poodles had been exhibited several years before that (the first record was of a show in Boston in 1878 with an entry of eight Poodles), but it wasn’t until 1896 that the Poodle Club of America was formed.

Poodle “Parlor” from 1946 by Morgan Dennis

One thought on “The Oldest of the Poodle Sizes”