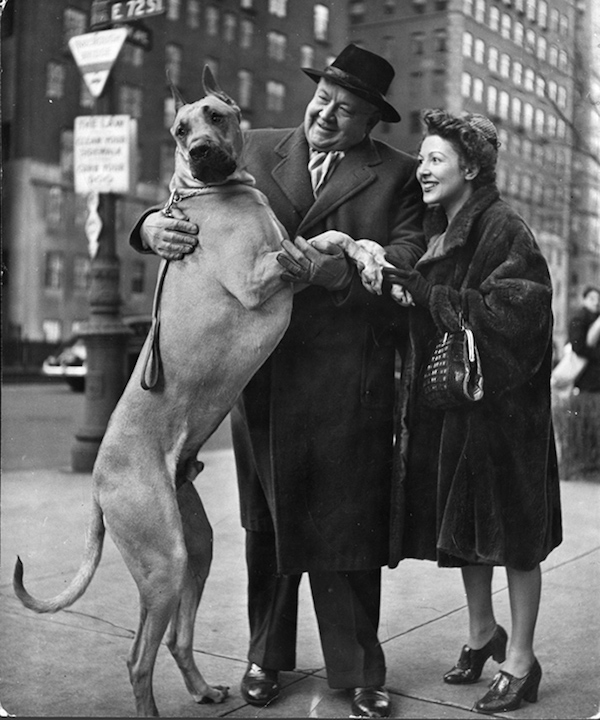 We honestly don’t know how many of our readers appreciate opera, let alone opera from the 1920s, 1930s, and 1940s, but serious affectionados who appreciate the genre from all eras will know the name Lauritz Melchior. He was a Danish-American opera singer who was regarded as the preeminent Wagnerian tenor for three decades. Indeed, he was hailed as having one of the greatest voices in the tradition of the “heldentenor,” or heroic tenor called for in Wagnerian operas. From 1926 to 1950, Mr. Melchior sang well over 1,000 operatic performances, more than three times the number any other Wagnerian artist had ever sung, and sang the roles of Tristan, Siegfried, and Tannhauser more often than any other artist.

In his “twilight years,” Melchior played several character parts in MGM musicals, but when your debut is at the Metropolitan Opera, your talent is noteworthy. In fact, Melchior has a star on the Hollywood Walk of Fame for recording, and historically, Melchior has come to be considered the quintessence of his voice type.  At this point, you might not recognize his name, but you’ll have heard the song he sang in the video clip below:

We hear from our readers that you like these biographies, so we’ll share a bit more about this man. He posed a massive figure on the stage at 6 feet, 4 inches and 230 pounds, but his robust figure didn’t help him as he died following complications of an emergency gallbladder surgery. As a boy, he served as a guide for his blind sister, Agnes, and other blind students at the Royal Opera, and at the age of 18, he began his study of singing, winning admission to the School of the Royal Opera four years later.

In his career, he was known as Melchior, the Great Dane, so it’s fitting that his dog was a Great Dane. The photo at the top is of Lauritz Melchoir and Wife with their Great Dane, the photo taken in NYC in 1944.

Technically speaking, the correct term for a beer expert is “beer sommelier,” but that’s so 2006. In 2007, beer expert, Ray Daniels, created a parallel certification for beer, something akin to the formalized certification program for wine experts known as sommeliers. He chose a 19th century w...