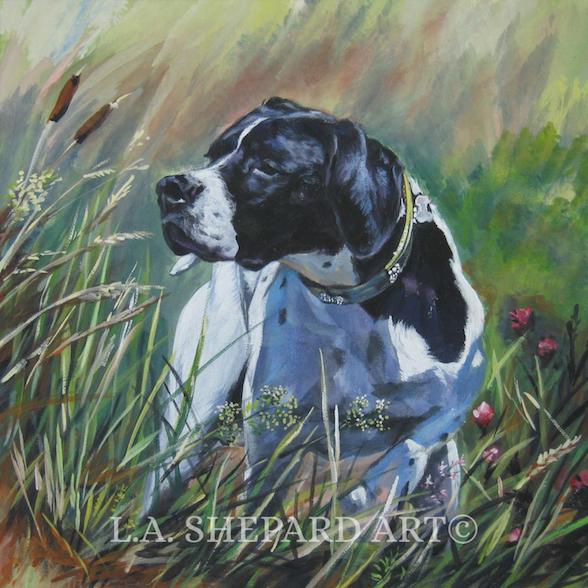 Head pieces are always good for a rousing discussion among dog fanciers, maybe because it’s usually the first thing we notice as a dog approaches us, and also because it often sets “type” for the dog.  Just look at a chart of breed silhouettes and see how often you are able determine a breed because of its head.

One such breed is the Pointer, its head considered a hallmark of the breed.

What makes the Pointer’s head especially noteworthy is that there are two allowable heads under the breed standard. This isn’t to say that a Pointer may have two heads sprouting out of its neck (it can be challenging enough to evaluate a dog without throwing an extra head into the mix). The Pointer head is all about “planes.” If you can forgive the homemade art below to make a point: 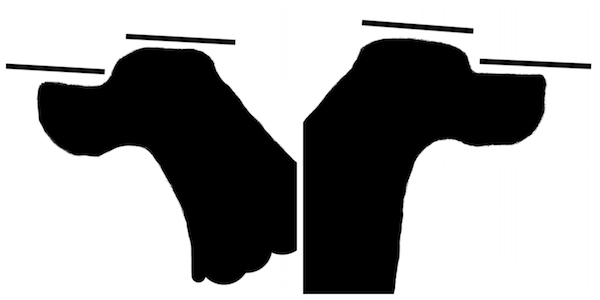 The plane on the top of a correct Pointer’s head is on the same plane as the muzzle whether it’s a “parallel planes” head, or a classic dish face (as seen at the left) where the dog’s nasal bone is formed so that the nose is slightly higher at the tip than the muzzle at the stop. Both heads are equally acceptable. Seen from the side, the length of skull and muzzle are approximately equal in length, and are united by a pronounced stop.

This isn’t just a pretty head, it’s a functional one. Wide open, well developed nostrils enhanced the dog’s ability to smell and locate upland game in heavy cover. The jaws end and ensure a good grip on a game bird – and speaking of jaws, they enclose teeth that can have a level bite or a scissors bite, and that, too, is a little something different about the breed standard.