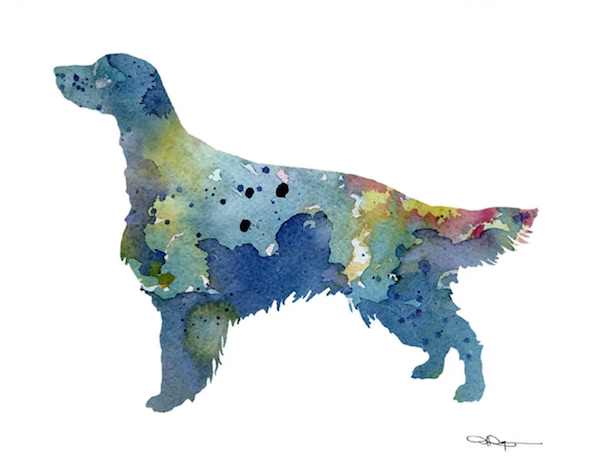 When Horace Lytle, a dog writer of good repute, opined in his Field & Stream magazine dog column in 1946 that if Irish Setters were ever going to make a come-back as a hunting dog, they needed an infusion of English Setter blood.

The only blood involved following publication of the column was the boiling point of the blood coursing in the veins of of several readers. Angry? You bet. Not surprisingly, Lytle and his column seemed to have vanished from the magazine not long after. Coincidence?

Not everyone let the subject die, however, including the folks at the Field Dog Stud Book, the oldest purebred dog registry in the United States that had maintained records from 1874. The FDSB agreed to register these dogs, and only after many generations had been bred. Meticulous records would have to be kept until the genes were fixed and these new red setters would breed true to form, and consistently.

Not everyone was on board, of course, but many were, including a veterinarian by the name of Roger Boser. He had gotten his first Red Setter as a teenager, and his second while in college. When he retired from practice in 1988, he devoted his energies full time to his “red setters” and garnered more than 1,000 placements in field trials, a phenomenal success.

We didn’t set out to investigate red setters. We stumbled upon them while digging into the nature of hunting with an Irish Setter. Still thinking it was the same thing as an Irish Setter, we first encountered the term, “red setter” on a hunting forum in which one commenter wrote, “It’s a shame that the Irish Setter has been bred for show, and not for the Field, and have had their intelligence bred out of them. There are breeders dedicated to keeping the original Field intelligence in their line. In order to get away from the bad stereotype of the “dumb Irish Setter,” they are now calling their line, Red Setters.”

After that paragraph, blood may be boiling in the veins of Irish Setter folk reading this, and we “get it.” We tend to get uncomfortable in the face of comments that paint a breed, any breed, with a broad brush. Still, we are aware of the many new readers to our pages, including those stumbling upon our site while researching a breed. We think it’s important to explain the term as we understand it.

We found that some people on the Internet use the terms “red setter” and “Irish Setter” interchangeably when referring to the beautiful solid auburn-haired pointing dog that originated in Ireland, and that one sees in AKC dog shows today.

At some point during the middle part of the 20th century, some people dissatisfied with the field performance of the show-type Irish Setters began to cross other high performance birddogs into their Irish Setter bloodlines. The pups who looked like traditional Irish Setters were kept for breeding and typically bred back to Irish lines. According to one source, it’s commonly accepted that five different breeds were used at various times: The English Setter, English Pointer, Vizsla, Brittany, and possibly some German Shorthaired Pointer.

Here is where we could use the help of Irish Setter fanciers. We read that at one time, the AKC had an understanding with the American Field registry that a “red setter” with a five-generation purebred pedigree that was registered in the one organization would automatically be granted registration by the other upon presentation of the appropriate paperwork and fees.  Bottom line:  “Red Setters” who were five generations removed from any cross breeding became AKC registered Irish Setters. We also read that such reciprocal registration is no longer allowed by the Irish Setter Club of America nor by the American Kennel Club due to the questionable purity of the American Field dogs’ pedigrees. What say you, Irish Setter owners?

As they say, back to the books we went to learn about hunting with Irish Setters, but as if directed by a gremlin, we found info on hunting with Red Setters. Hunters say these dogs tend to be more focused, have stronger instincts, a greater range, and point with a higher head and upright tail.

We think it’s important for anyone interested in an Irish Setter to do their homework, ask questions of the breeder (which we advise should be found through the Irish Setter Club of America) and investigate pedigrees. It should be added that to Irish Setter fanciers,  the term red setter is a pejorative and points to a crossbred field dog unsuitable for a show ring. To many field trial persons, they don’t care. They want a hunting dog and regard red setters as a logical step in the development of the breed as a consummate bird dog. We don’t have a dog in this proverbial fight, and simply aim to share information.

Since we were reluctant to include a photo of a Red Setter without knowing with certainty that it’s a Red Setter as we have been discussing, and not an Irish Setter as we see at an AKC or UKC dog show, we went with a blue one by Peggy Rogers, Owner of 1GalleryAbove. This print is available for purchase here.