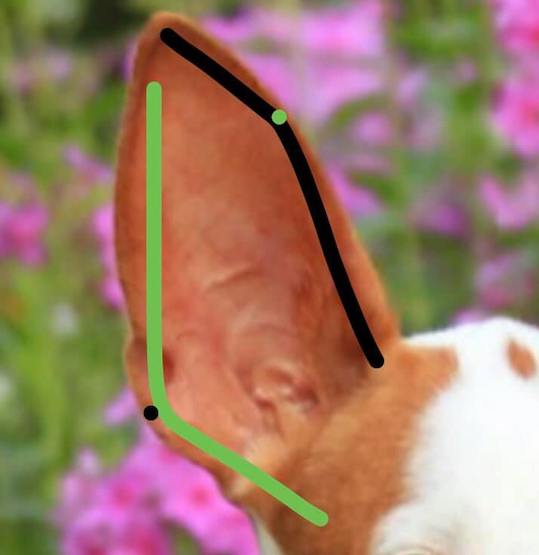 The shape you see at the left is called a rhomboid, or in two-dimensional geometry, a parallelogram in which adjacent sides are of unequal lengths and angles are non-right angled. And now we’ve hurt ourselves.

When it comes to canine nears, some of you may think it represents a prick ear, but to our knowledge, only one breed, the Ibizan Hound, has ears that have an extra angle unseen in the ears of other breeds. Some may argue that a Pharaoh Hound’s ears are similar, but they’re not because of that extra angle. 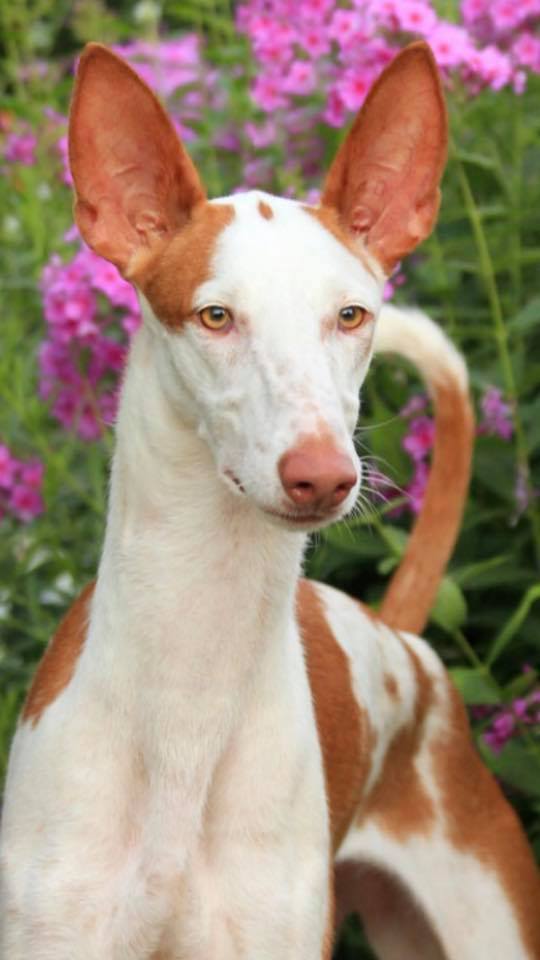 Ears are important in this breed, enough so to warrant three lines in the breed standard: The ears are large, pointed, and natural. On alert the ear should never droop, bend, or crease. Highly mobile, the ear can point forward, sideways, or be folded backward, according to mood. On alert, the lowest point of the base is at level of the eye.

That said, the Ibizan is still a sighthound who, it may be said, relies on his hearing as much as his sight in order to hunt scurrying little critters in rocky, gravely areas dotted with brush.  It’s been written that Ibizan Hounds will stomp on the ground to unearth the game, than mobilize those magnificent ears to ferret out (ha, a pun) the direction from which sound comes.  Think of the breed as a large, loveable bat with a wagging tail.

Our thanks to Leah Hartlep for allowing us to share the photo of “Jadis,” the Ibizan Hound you see here.

2 thoughts on “The Rhomboid Ear”