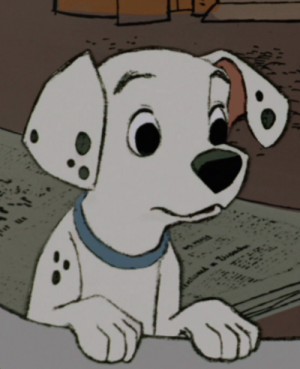 “Cadpig,” English in origin, is a term used for the smallest piglet in a litter of pigs (not to be confused with “runt”). The name of the smallest and youngest puppy in both the book and movie version of, “101 Dalmatians,” was “Cadpig.”  In 101 Dalmatians: The Series released in 1997,  “Cadpig” was one of four main characters. She was very much into New Age philosophies, and did her best to promote spread goodwill throughout the world. She was never as strong as her brothers and sisters, but she was more learned,  and had a developed world view.  With her extensive vocabulary, gift for sarcasm, and use of “metaphysical metaphors,” she was a stand-out Dalmatian.  What a unique name for a special puppy!

2 thoughts on “The Smallest of the 101 Dalmatians: What Was Her Name?”