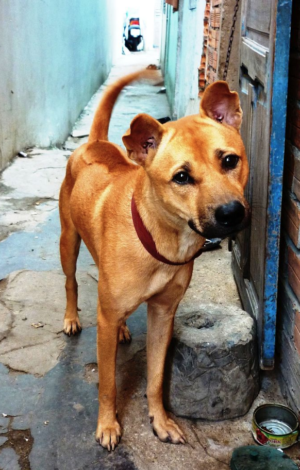 The Funan Ridgeback Dog originated over 1,000 years ago during the Funan Era in Southeast Asia in areas that are now part of  Cambodia and Myanmar. We can’t show you its picture because it’s been extinct for some time, but many cynologists believe that Vietnam’s Phu Quoc Dog (pronounced ‘foo kwok’) may be related to the Funan. With an average weight of 32 pounds, it’s the smallest of the ridgeback breeds.

The Phu Quoc Ridgeback gets its name from the island from which it originates – Phu Quoc in Vietnam’s southern Kien Giang Province, and indeed its name means, “Beautiful Island Ridgeback.” It was the French who first denoted the Phu Quoc Ridgeback as a distinctive type of dog in the 1800s. The breed appeared in the publications, ‘Les Races de Chiens’ and Larrouse Encyclopedia in 1897, and a pair were brought to Europe and exhibited in dog shows in the late 19th century.

When the Phu Quoc gets excited or goes on alert, the hair on their ridge will stand straight up making the ridge especially 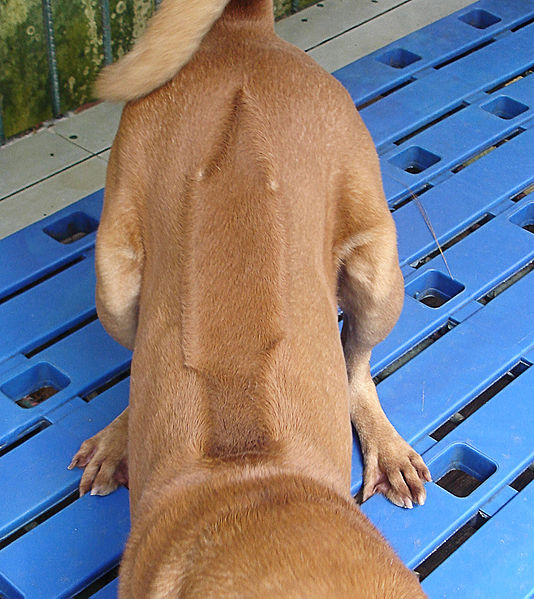 pronounced. Adding to their unique appearance are black, or “blue” spotted tongues. Most people who’ve seen the breed describe it as “noble” or “regal,” but the dogs love to play, and indeed, they’re so agile and fast that at full speed, they’re known to hop like a deer. They can also climb trees, and even catch fish from the sea (it has webbed feet).

The breed has been isolated for so long that its gene pool is unusually pure, and only around 700 pure bred dogs are registered by the Vietnam Kennel Club. Currently, the Vietnamese Kennel Association is working to create a recognized breed standard for the Phu Quoc Ridgeback but they are still considered very rare, even in Vietnam. International awareness is increasing, but recognition by major registries is still a ways off.

The first person in Europe to own and breed a litter was Briton’s Catherine Lane who brought the puppies’ parents to the UK in 2015. You can read her story here.

Insert image of ridge by Lưu Ly from the Vietnamese Wikipedia