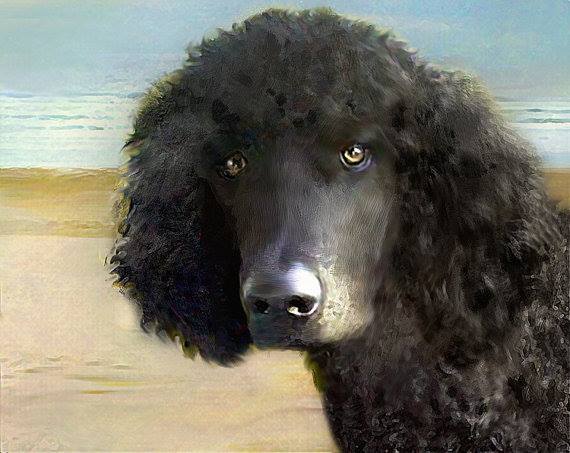 Evidently, the Berger Picard wasn’t the only breed used to smuggle lace.

In what is perhaps old urban legend, it’s written that in old Belgium, Poodles were trained to smuggle valuable lace wound around their shaved bodies which was covered with a false skin. These dogs were schooled to a dislike of all men in uniform, and consequently on their journey between Mechlin and the coast they always gave a wide berth to the Customs officers (Leonard W. Crouch, LL.B., “The Poodle”, chapter xii, vol. 1)

We hope it is an urban legend if Mrs Fanny Bury Palliser’s History of Lace is accurate. She wrote:

“At a certain time, Belgium introduced much lace into France… with the aid of dressed-up dogs. The dog was fed handsomely in France, then taken to Belgium where he was chained, abused, and barely fed. After a time the skin of a larger dog was fitted on it, and the intervening space stuffed with lace. The dog was then released and made its way back to France with its cargo, guided from the memory of better times. This maneuver was repeated until eventually French Customs was alerted and took steps to stop it; but it lasted several years, and from 1820 to 1836, no fewer than 40,278 dogs” were detected and destroyed by French Customs.”