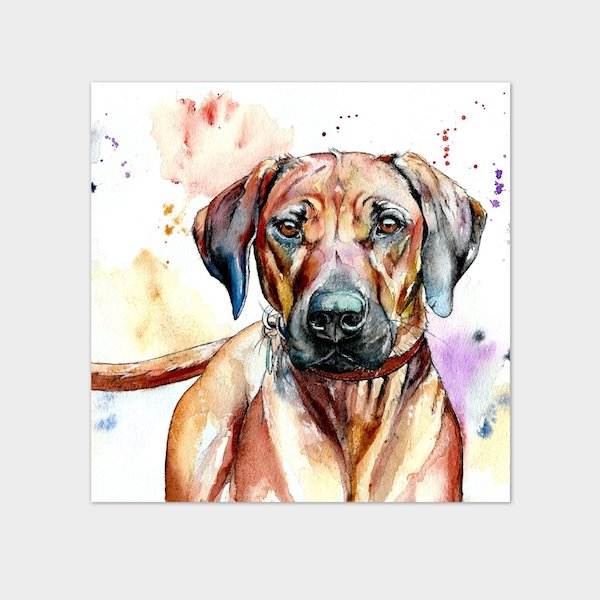 The most modern “swashbuckling” movie that we could think of was Johnnie Depp’s “Pirates of the Caribbean.”  It was a simply terrific film, but the whole “swashbuckling” thing didn’t start with Johnny Depp. It can be traced to one man:

Sometimes we like to set the mood with music or a video clip for some of our posts here at National Purebred Dog Day, and sorry, young’ns, but some of them are old, and this includes a clip from one of Errol Flynn’s most popular movies, “Captain Blood.” Errol Flynn passed away in 1959, and “Robin Hood,” filmed in 1938, made our grandmothers swoon. See it here: .

Regular readers of NPDD will recall that this isn’t the first time we’ve mentioned Errol Flynn. The story of his heart dog, “Arno,” a Standard Schnauzer, touched many of you, but Schnauzers were not Flynn’s only breed.

We think it’s important to know a breed’s history, but sometimes, it’s can be downright entertaining.

Image” Rhodesian Ridgeback in watercolor by Ruth Eales of RuthEalesArt/House of Fey is available as a print here.