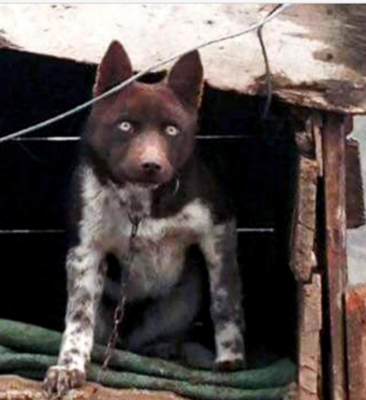 It wasn’t until we came across an abstract on the Turkish Zerdava Dog that we’d ever heard of the breed, let alone efforts to protect it.

The Zerdava or “Kapi,” as locals call it, is from northeast of Anatoli in the Eastern Black Sea Region of Turkey. Traditionally used to hunt boars, foxes, and jackals since ancient times, these days its role is primarily that of a guard dog. He is a mid-sized dog that is morphologically spitz-like, and indeed, some researchers believe it is related to northern Laika breeds. That the Zerdava isn’t a landrace was determined in a study conducted by Ankara University in 2016 when DNA samples from the dogs revealed that the dog was different from other breeds, and, in fact, was a pure breed unto itself.

The breed is unusual in that it displays a treeing behavior particularly when pursuing marten, and also functions as a “barking pointer,” but only when there is something at which to bark. Athletic with unique markings, the Zerdavas are described as having strong personalities, but are affectionate and friendly with their family, aloof with strangers.

There is a Trabzon Zerdava Dog Association that has been operating since 2013. Its president, Serdar Ergün, has said the organization is working not only to bring attention to the breed and protect it for future generations, but to have the breed registered as an official dog breed of Turkey.