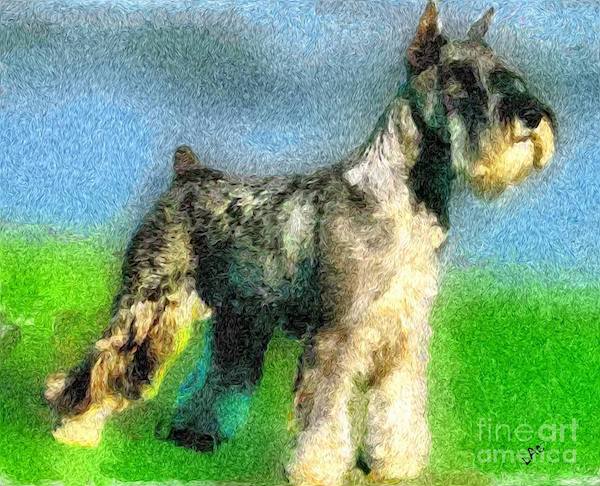 The exact time and location of these dogs isn’t definitively known, though it’s likely they could be found on German farms for many generations, if not longer. It’s believed that over time, breeders decided to separate the “coat varieties” into actual “breeds,” and after three generations of consistent coat type, the then Pinscher-Schnauzer club allowed them to be registered as their respective “breeds.” That said, we always defer to the experts on this breed and ask: Is this true?

We part with a bit of trivia: The Standard Schnauzer (then known as the Wirehaired Pinscher) and the Affenpinscher were the first Pinscher breeds to become known in English-speaking countries. Cool, eh?