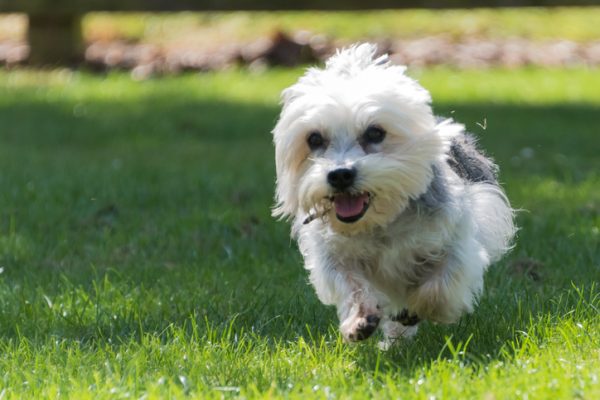 From the book, “Guy Mannering” written by Sir Walter Scott:

“Dandie Dinmont’s children are only indicated ‘with a dusty roll of the brush;'”

The delightful breed named after the character, Dandie Dinmont  (and the only breed in the world named after fictional personality) was initially known the same way his children were in the book were known: Dannie Dinmont‘s Terrier. Note the apostrophe.

Guy Mannering was published anonymously in 1815, and before that date and the introduction of the character, the dogs were known as “Mustard and Pepper Terriers. By the time “Old Ginger” was born in 1842 (and to which every Dandie Dinmont on earth today can trace their breeding) the apostrophe “s” was gone. When the breed club was formed in 1875, it, too, had dropped the apostrophe from the breed’s name.  The Dandie Dinmont Terrier had come into its own, and instead of belonging to a character in a book, it had its own name. Some sources write that Dandies were the first of the terriers to be so given their own singular name.

We may ever know why, exactly, the apostrophe was dropped between 1815 and 1842, but perhaps it was removed. Queen Victoria was given a Dandie Dinmont Terrier by her husband, the royal consort Prince Albert, as a birthday gift in 1842, and it’s well known that society copied what Royals said and did. It’s conjecture on our part that Her Highness may have simply – and perhaps unwittingly – dropped the apostrophe ‘s’ in casual conversation, but people noticed, and it stuck. Again, mere theory.

It’s heartwarming to learn that Sir Walter Scott himself was gifted a pair of Dandie Dinmonts, “Ginger” and “Spice,”  from James Davidson, the real life inspiration of the character, Dandie Dinmont. In a piece put out by the National Galleries of Scotland, it’s written that Scott met Davidson after the publication of Guy Mannering,  but the farmer so much resembled ‘Dandie Dinmont’ that his friends and contemporaries began to refer to him by the character’s name.  For now, we leave the actual timeline to breed historians.

Sir Walter Scott’s dogs later appeared in a posthumous portrait of the writer by his friend, Sir William Allan. This is the portrait you see below: 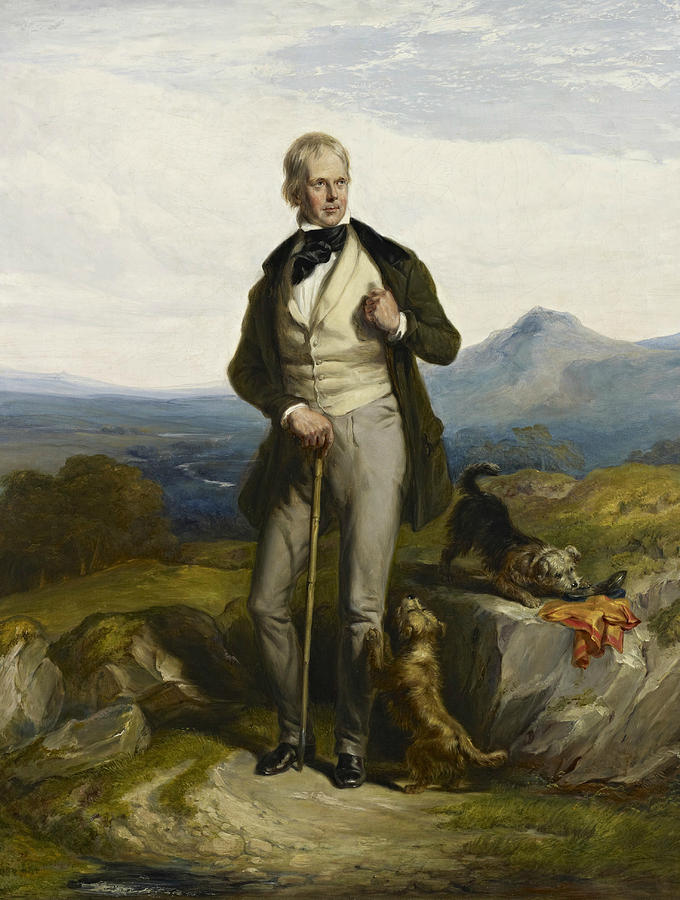 We conclude by completing the rest of our post title,  something Sir Walter said when describing the courage of the breed: “… they fear naething that ever cam’ wi’ a hairy skin on’t.”

Images: Dandie Dinmont Terrier by LourdesPhotography/iStockPhotos; You can have your own print of the portrait of Sir Walter Scott by William Allan (1771 – 1832) here.