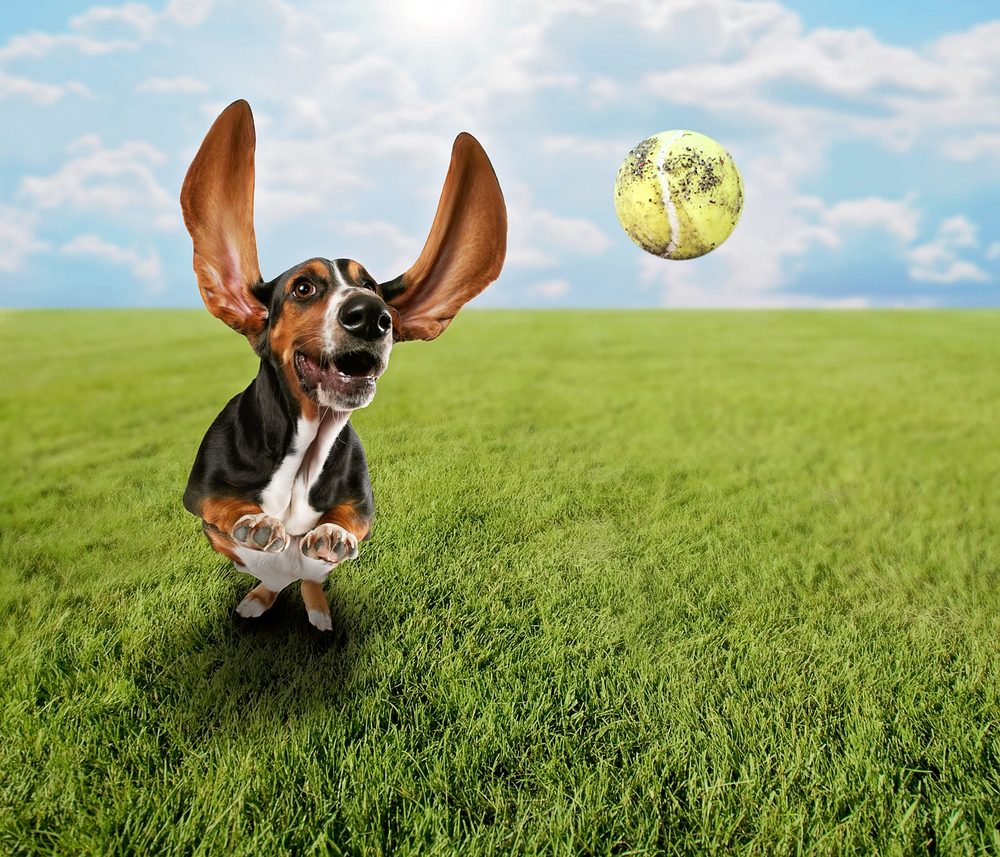 At one time, everyone from David Bowie and Princess Diana to Dennis Rodman and Frank Sinatra had a pair of Hush Puppy shoes. Even the Beatles wore them.  They were the first shoes advertised on The Tonight Show with Johnny Carson, but a real “electrifying” boost to the brand came in 1965 at a Rolling Stones concert in Sacramento, California. Keith Richards accidentally touched his guitar against an ungrounded microphone and was knocked unconscious. Medics believed that the crepe-soled Hush Puppies he was wearing saved his life.

We talk more about all this in an earlier post:

We mentioned that Basset Hounds named “Velvet,” and her “sister,” Jasmine were the faces of Hush Puppy shoes, but there was another “face” for the company, and that was  “Biggles,” the original mascot for the shoes. Biggles passed away in 2002, but fame, it seems, stayed in the family.

In 2004, Biggles’ grandson, “Mr. Jeffries,”  made it into the Guinness Book of World Records as the dog with the longest ears. Biggles’ grandson, Mr. Jeffries, earned fame as the dog with the longest ears in the world. Mr. Jeffries, whose full name was Knightsfollie Ladiesman, had ears that measured 11½ inches, long enough to trip over, and valuable enough for his owner, Phil Jeffries from West Sussex in the UK to insure them for $47,800.

At the time, Jeffries said, “I got Mr Jeffries as a puppy and his ears didn’t seem especially long. Both his mother and his father’s ears were short, so it was a complete surprise as they grew and grew. People kept saying they were the longest they had seen, so a vet measured them. He couldn’t believe their size either. They are two inches longer than the second longest in the world.”