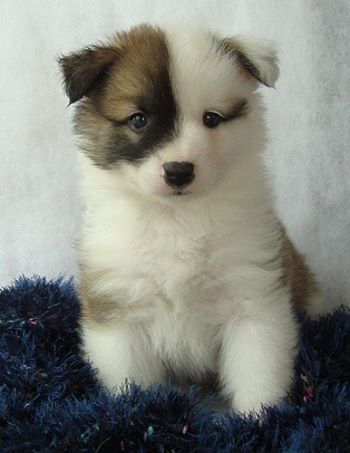 William Shakespeare used the word(s) “dog” or “dogs” over two hundred times in his works. He was the first writer to use the compound noun “watchdog”, in The Tempest (1.2.390) and also coined the famous phrase the “dog will have his day”, Hamlet (5.1.280). Another famous reference to dogs is found in Julius Caesar (3.1.274) – Cry ‘Havoc,’ and let slip the dogs of war.

That said, William Shakespeare didn’t seem to like dogs very much.

He referred to the two villainous sisters in King Lear as “dog-hearted daughters.”  He routinely suggested that dogs were “base,” “unmanner’d,” “thievish,” “mangy,” “hellish,” “whoreson,” “coward,” “rascal,” and “bloody.” Curs were “cruel-hearted,” “o’erweening,” “whoreson indistinguishable,” and “venom-mouth’d,” while hounds, were “false” or “fell and cruel.” Both Richard of Gloucester and Macbeth were “hell-hounds.”

When conspirators murdered Caesar, they “fawn’d like hounds,/  And bowed like bondsmen, kissing Caesar’s feet;/ Whilst damned Casca, like a cur, behind/ Struck Caesar on the neck.”

Stanley Coren concurs that nearly all the Bard’s references to dogs were insults. “Whoreson dog” (Cymbeline, King Lear, and Troilus and Cressida); “Slave, soulless villain, dog” (Anthony & Cleopatra); “egregious dog? O viper vile!” (Henry V); “cut throat dog” (Merchant of Venice); to name just a few. Often it is insult enough just to liken a person to a dog. When Richard III is killed at the end of the play of that name, victorious Richmond proclaims, “God and your arms be praised, victorious friends,/ The day is ours, the bloody dog is dead.”

There were a few breeds that Shakespeare mentioned by name, and not all of them were compliments, either. To wit:

“Bulldogs are adorable, with faces like toads that have been sat on. My hounds are bred out of the Spartan kind; So flew’d, so sanded; their heads are hung with ears that sweep away the morning dew…” A MidSummer Night’s Dream

Basset Hound enthusiasts have told us that this passage, also from “A Midsummer Night’s Dream,” refers to their breed:

“My hounds are bred out of the Spartan kind,
So flewed, so sanded, and their heads are hung
With ears that sweep away the morning dew,
Crook-kneed, and dew-lapped like Thessalian bulls,
Slow in pursuit, but matched in mouth like bells,
Each under each. A cry more tunable
Was never hollaed to, nor cheered with horn,
In Crete, in Sparta, nor in Thessaly.
Judge when you hear.”

Shakespeare may have been referring to the Irish Water Spaniel in The Two Gentlemen of Verona:

“I am but a fool, look you; and yet I have the wit to
think my master is a kind of a knave: but that’s
all one, if he be but one knave. He lives not now
that knows me to be in love; yet I am in love; but a
team of horse shall not pluck that from me; nor who
’tis I love; and yet ’tis a woman; but what woman, I
will not tell myself; and yet ’tis a milkmaid; yet
’tis not a maid, for she hath had gossips; yet ’tis
a maid, for she is her master’s maid, and serves for
wages. She hath more qualities than a water-spaniel;
which is much in a bare Christian.”

Icelandic Sheepdogs were one of the few dog breeds William Shakespeare actually mentioned by name (sort of) that wouldn’t sound like an insult if one didn’t already know the poet’s feelings about curs.  It came from his play, “Henry V:”

“Pish for thee, Iceland Dog! Thou prick-ear’d cur of Iceland.”

Good thing dog clubs didn’t have him as part of their committees to write breed standards. Just saying.

One thought on ““Thou Prick-Ear’d Cur of Iceland””