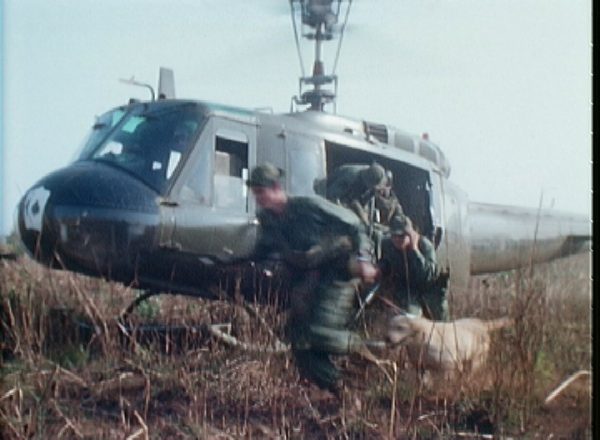 We tend to think of the dogs used in the Vietnam War as being German Shepherds, but Labrador Retrievers were also there. While GSDs filled the ranks as scout dogs, Labs were favored as tracker dogs after the successful experience of the British. Labs were great tempered, tolerated the heat fairly well,  and favored the dead scent of ground sniffing. Their alerts were often nuanced: A tail wag, an ear twitch, a head tilt – or simply stopping.

Two year old Labs would begin an eight month training period, and could be expected to experience combat action for up to six years. Their wonderful temperament made transitions between handlers easy, and while they were never trained to attack, they absolutely defended their handler or team in certain scenarios.

In 1966, the British Government agreed to train the US Army’s first tracker dogs at their Jungle Warfare School, at Johore Bahru, Malaysia.  They also provided the 63rd Infantry Detachment Combat Tracker with its first three dogs: Bruce, Lucky and Sambo. The dogs earned immediate success for quickly showing the different they could make between life and death.