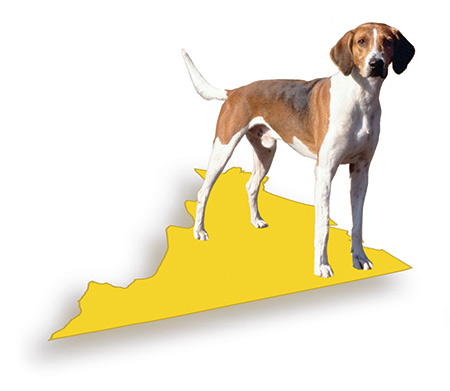 The American Foxhound is one of four breeds of American origin; George Washington imported foxhounds into Virginia for hunting purposes, and it’s said by some that all American Foxhounds today are descendants of these dogs.  For its historic importance to the state for having been developed by one of the state of Virginia’s most prominent citizens, Virginia designated the American Foxhound as its official state dog in 1966, the law designating it as such to be found in the Code of Virginia Title 1, Chapter 5, Section 510.

Image courtesy of the AKC