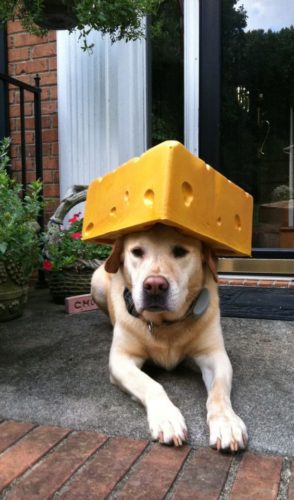 It started out as an insult. Over thirty years ago, fans of the Chicago Bears (da Bears) football team dissed their perennial rivals, the Green Bay Packers, by calling them “Cheeseheads” for their association with Wisconsin cheese.  Wisconsinites are rightfully proud of their cheese (curds, anyone?), and rather than be offended, they embraced the name, and the Cheesehead was born.  By some accounts, the actual cheesehead “hat” was invented by Ralph Bruno in 1987 when he “borrowed” some of the polyurethane foam from his mother’s sofa and took a turkey slicer to it. A bit of orange-yellow paint and a few divots later, and the Cheesehead “hat” was born. 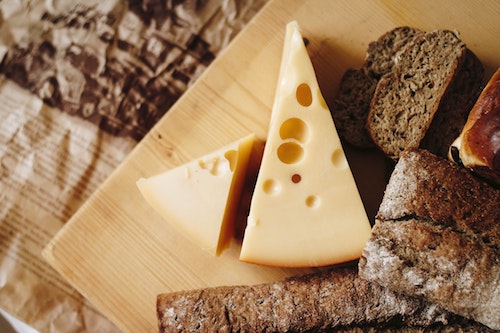 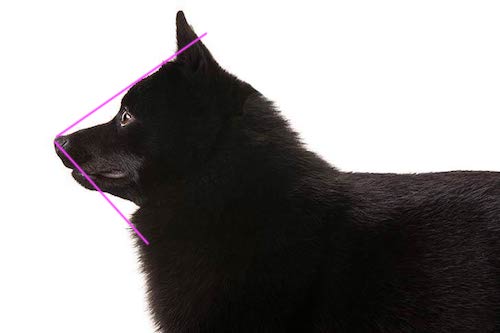 Image appears courtesy of the AKC

Mind you, “wedge” as used in the AKC breed standards of the aforementioned breeds is in reference to heads, not muzzles (although there are plenty of breeds which do specify a wedge-shaped muzzle). For as many breeds as it seems there are that have a wedge shaped head to some degree (heads that are said to be “mesocephalic” or wedge shaped), there are a few breeds in which a wedge shape should be disqualified in a show ring, the Lakeland Terrier being one of them.

Since a dog’s head is the first thing we usually notice about him or her, it’s an important feature, and one that helps establish breed type. Some people even think that the shape of a dog’s head can predict behavior. The Faculty of Veterinary Science at the University of Sydney in Australia conducted a massive eight year study involving 67,368 dogs from 45 different breeds to learn if a dog’s height, weight, and the shape of its head factored into behavior, and concluded that yes, these factors can predict certain important behavioral and temperament variables. You can read more about that study here.