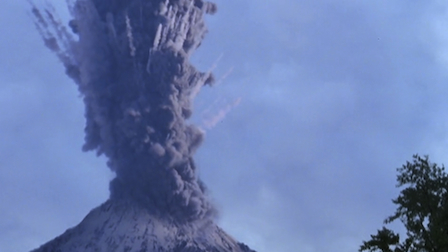 Unless they’re assured that “the dog lives,” dog lovers rarely enjoy a dog in danger.  Dog lovers (and disaster film junkies) agonized over this close call in the 1997 movie, Dante’s Peak (check out the video below):

Yay, the dog made it!

Few people realized that lava-escaping “Ruffy” was a wire coated Portuguese Podengo,  the national dog of Portugal. Even now, the breed is in the AKC’s miscellaneous class, so it was especially uncommon to the average person twenty-two years ago when the movie came out. That said, Americans born and raised in Portugal would instantly have recognized “Ruffy” as a Podengo because it’s the most commonly used hunting breed in that country. Hunting Podengos were often kept by Portuguese Americans living in California, the east coast, and especially in the New England area, and in fact, the first pack of Podengos was imported into the United States in the late 19th century, but was never registered. The AKC reports that the first documented Podengos in the US were wirehaired Podengo Medios that came in 1994, Tito, Rosa, and Nikki, and one of them was the dog that played “Ruffy” in Dante’s Peak.  The trio made other movies, as well: Homeward Bound 2, Monster-in-Law, Lake House, Soccer Dog, Three Wishes, Zeus and Roxanne, Secondhand Lions, and others.