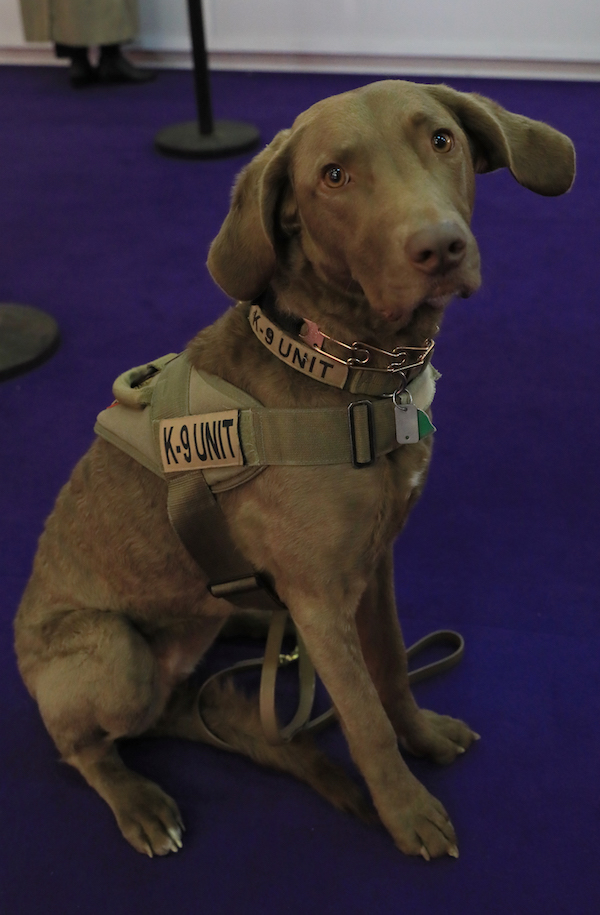 The incredible scenting ability of dogs has been used to detect bombs starting in the early 1940’s, their legacy passed down and honed through generations. Those of us who are attending the 144th Westminster Kennel Club Dog Show are still being protected by these amazing canines, and one such dog is “Venus.”

A Chesapeake Bay Retriever, Venus was bred by Cindy Meyer and Diane Baker, and her owner and bomb detection partner is Ed Mayer. The explosive detection team trained and certified at Stapleton Security Services is now assigned to cover large events such as Westminster. For Venus, there is a certain sense of “returning to one’s roots” in this latest assignment for a reason we’ll explain later. 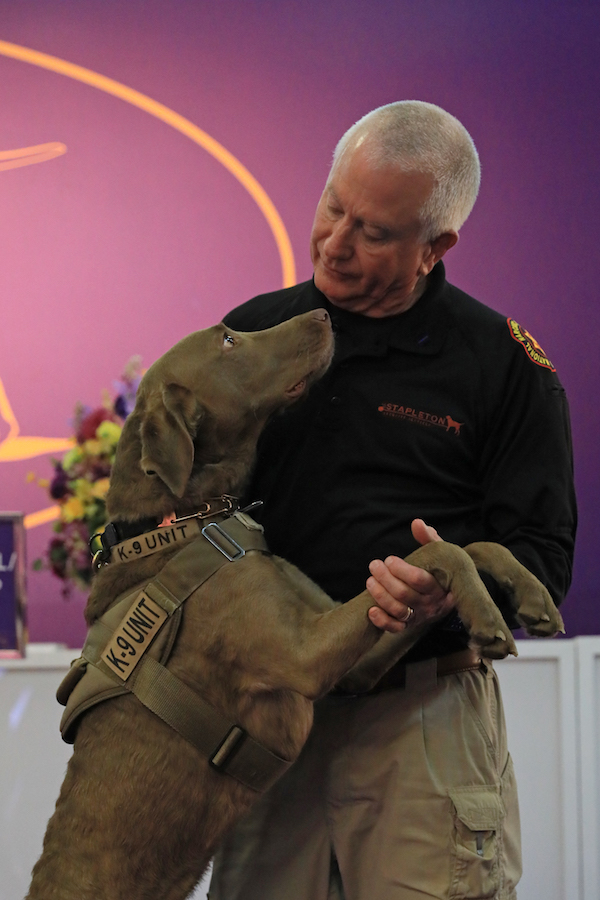 Having owned a Chessie before, Ed was well acquainted with the prodigious scenting ability of the breed. When his first Chesapeake passed away, however, it looked like Ed’s next detection partner would be a German Spaniel. Providence had a different idea. Not only did a Chesapeake Bay Retriever puppy become available, but she was whelped only a mile away from Ed’s home. Venus may have been the last in her litter to be claimed, but we think that was only so that she and Ed would find each other.

Ed describes Venus as a hard worker and quick learner. At the end of a work shift when her work vest comes off, however, Venus’ affectionate nature takes over, and she is Ed’s loving family dog.

We wanted you to meet Venus because in a sense, working at the Westminster Kennel Club Dog Show completes a circle. In 2019, Venus’ mother, “Eden,” also known as GCHG CH Cache River Albridens Cutie Patootie, won Best of Breed there.