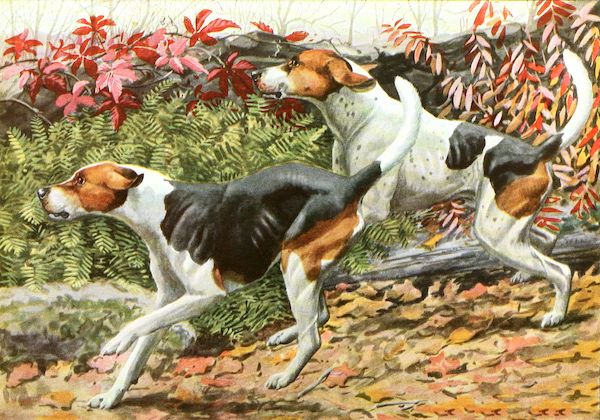 It is inevitable that with “progress” comes change, and lamentably, the demise of many traditions. If there is one subculture that has managed to hang on to its customs, however, it is the fox hunt world, and much of this success has to do with sheer longevity.

The Penistone Harrier pack existed for at least 500 years and well into the 18th century, and a quick survey of various packs in the UK reveals several hunts that are hundreds of years old. The Puckeridge Hunt began in 1725, the Old Surrey Burstow and West Kent Hunt in 1735, and the Essex and Suffolk Hunt in 1791. Remarkably, some of these hunts are still currently active: As an example, the Quorn Hunt in Leicestershire (known simply as “the Quorn”) was started in 1696 and is still robust today.

We mentioned the word, “subculture” in the opening paragraph, and it wasn’t hyperbole: The clothing worn (its livery, or color), hunt etiquette, the roles played by hunt members, even their legends*, these all speak to a cultural group within a larger culture. As in most particular interests, there is also vocabulary that may be meaningless outside that niche, but specific within it. On these pages, we like to explore these terms and pass them along. One of them, “open,” is used throughout the dog world, but in the hunt community, it has a different connotation.

In AKC dog show conformation, the “open” class is a class that any dog can enter, but the only regular AKC class in which a champion is eligible to complete. In some terrier breeds, a single coat or one that is too short is often called an “open coat.” In coon hunting, “open” refers to the action of a dog barking on the trail, and its use there is the closest we find to what “open” means in the foxhunt world.

When a hound (dogs are always called hounds) is the first to “speak” upon finding the scent of the quarry, the hound has opened. As the first to find the scent, he or she is called the Strike Hound.  Just as (English) Pointers “honor” another dog’s point by stopping and recognizing the dog’s point, Foxhounds are to respect another hound’s finding of the scent (or opening), and hurry in to assist and/or pursue the scent. Sometimes, a huntsman will cry out “hark!” to the hounds, a command for them to honor the hound who found the line, or scent.

These term are universally understood to mean the same thing among foxhound packs recognized by the Masters of Foxhounds Association in the UK, and the Masters of Foxhounds Association of North America. It should be mentioned that fox hunting as it once existed in the UK is prohibited in by the Protection of Wild Mammals (Scotland) Act 2002 and the Hunting Act 2004 (England and Wales). While it remains legal in Northern Ireland,  most registered hunts in Great Britain have switched to trail hunting or drag hunting. In the United States, fox hunting laws vary by state. It is legal with few restrictions in Alabama, for instance, and allowed in Arkansas, but some restrictions exist. California has an outright ban on all forms of fox hunting,  and is illegal in Connecticut unless done for pest control purposes.

At this point, we want to expand upon another term we mentioned earlier, and that is legends.

St. Hubert is the patron saint of Hunters, Hounds and Fox Hunting, but not everyone knows much about this playboy of his time. Born in Toulouse between 656 to 658, the young Duke Hubert of Aquitaine loved a good time, and to that end, pursued the life of leisure afforded him as a noble. His particular passion was mounted hunting, and he spent a good deal of time doing it. According to the legend, Hubert was “doing his thing” on the morning of Good Friday, chasing a deer on horseback with his hounds. As he reached a clearing in the woods, the healthy stag he was pursuing through the Forest Ardennes stopped and turned to look at him. To Herbert’s astonishment, a crucifix hung from between the stag’s antlers, but that was nothing compared to what happened next.

From the figure of Christ on the crucifix, he heard a voice say, “Hubert, unless you turn to the Lord, and lead a holy life, you shall quickly fall into the abyss of Hell!”

Hubert got off his horse, knelt on the ground and asked, “Lord, what would you have me do?” The reply, “Go seek Lambert and he will instruct you.” Most religious historians believe that to be when Hubert became a Christian.

“Lambert,” by the way, was the Bishop of Maastricht. He took Hubert in and became his spiritual advisor. Hubert would need the help. 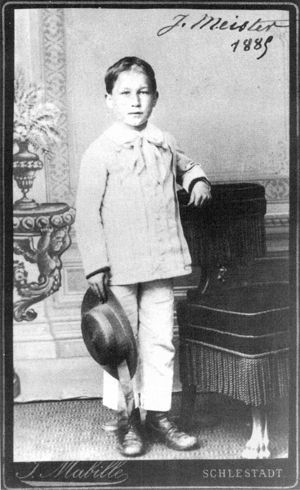 Photo of Joseph Meister is in the public domain and comes from the Private Science of Louis Pasteur.

Shortly after his vision in the woods, Hubert’s wife died in childbirth. Grief stricken, he gave up his birthright as the heir to the Duchy of Aquintaine in favor of his younger brother Eudon whom he named godfather of his infant son. Hubert renounced all his honors, military rank and even gave up his beloved hunt. He gave away all his personal wealth to the poor, studied for the priesthood, was soon ordained. On the advice of Lambert, Hubert made a pilgrimage to Rome in 708, but while he was gone,  Lambert was assassinated by the followers of Pepin of Heristal for defending marital fidelity (Pepin like to sleep around).

Hubert was appointed Bishop of Maastricht, and became famous for his eloquence in the pulpit. In 720, he had another vision in which he was instructed to move Lambert’s remains from Maastrict to Liège. A basilica for Lambert’s relics (for he was now a saint) was built where Lambert had been martyred, and the following year, it was designated a  cathedral. The move elevated the small village of Liège and was key to is future greatness. St. Lambert was honored as patron, and Hubert, later to become a saint himself, was founder and its first bishop. Hubert died peacefully in Fura, Brabant in  727 A.D.

We would be remiss if we leave out “St. Hubert’s Key,” a metal nail or bar with a decorative head that was used in Europe into the early 20th century as a traditional cure for rabies. The key was heated, the head pressed to the spot where a person had been bitten by a dog believed to have rabies. If done soon after the bite occurred, some believed the heat cauterized and sterilized the wound, killing the rabies virus. Because Hubert made use of such a key, it was named after him, a practice that was endorsed by the Catholic Church and used by priests in places associated with St. Hubert.

We know that Louis Pasteur developed the earliest effective vaccine against rabies in 1885, and in 2022, July 7th marked the 130th anniversary of the day nine year old Joseph Meister became the first human being to receive that vaccination by Pasteur, himself. He agreed to inoculate the boy with spinal tissue from rabid rabbits, a treatment he had successfully used to prevent rabies in over 50 dogs, but since Pasteur was not a chemist, not a doctor, he was practicing medicine without a license and breaking the law. Officials agreed that the boy needed treatment, however, and Pasteur was the only professional around who could do it. Joseph did not develop rabies, and the success kept any formal charges from being leveled. Be sure to read more about this here.

Today, the Abbey of Saint-Hubert founded around 704 A.D. is a parish church visited by pilgrims because St. Hubert’s tomb is there. Back in the day, however, monks at the French monastery bred large scent hounds they hunted in the forest out of respect to Hubert. It became a tradition for the monks to send several Saint Hubert Hounds to the King of France every year as a tribute, and he, in turn, gave the dogs as gifts to his nobles. In this way, the dogs spread out throughout Europe and factored into the development of other breeds including the Billy, the Porcelaine, the foxhounds of England, the Basset Hound, the Grand Anglo-Français Blanc et Noir, the French Tricolour Hound, and many more. Perhaps most importantly, the dogs from the St. Hubert’s line exported to Great Britain in the eleventh century are what we know as the Bloodhound today.

Centuries after his death, we haven’t forgotten St. Hubert.  November 3rd is celebrated as the beginning of hunt season in many parts of Europe with a traditional hunt and blessing of the hounds. The hounds are given bread in the remembrance of the belief that this will stave off rabies (one of St Hubert’s miracles), a sharing of wine among riders, and a traditional post hunt meal of game meats. The day is called St. Hubert’s Day.

We have certainly ended far afield from where we started, but if our journey down many rabbit holes proves anything, it’s that the world of purebred dogs is historical, fascinating, and often connected in unexpected ways. Who knew that foxhunt terminology would have any kind of connection to a saint and rabies?  Tortured, yes, but the thread is there!

If you liked the circuitous route we took to get here, buy us a cup of coffee!

Image at top: English Foxhound and American Foxhound Illustration by Louis Agassiz Fuertes, extracted from The Book of Dogs; an Intimate Study of Mankind’s Best Friend from Free Vintage Illustrations and shared via public domain

2 thoughts on “What do Fox Hunts, St. Hubert, a Nine Year Old, & Rabies Have in Common?”