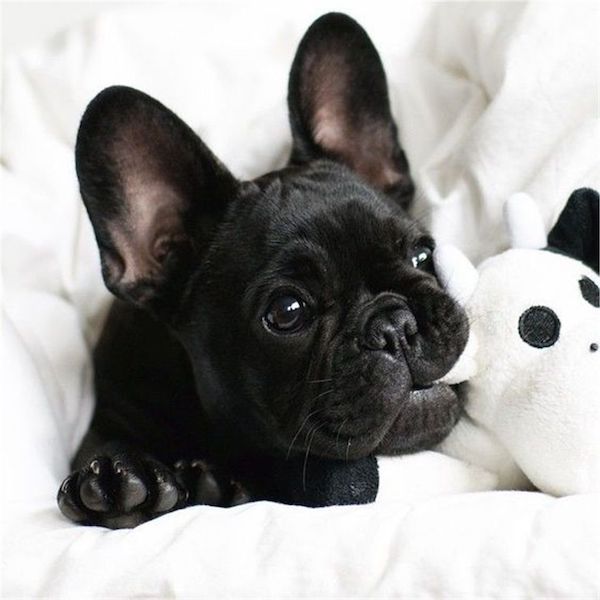 Experienced heritage breeders know when they’ve got a “keeper” in a litter. They also know that sometimes, a “little thing” will mean the difference between a puppy becoming part of a breeding program, and becoming someone’s beloved companion never to set foot in a show ring. It’s usually something a non-fancier will never notice: An ear set. A tail set. A lack of balance, wonky dentition, or unfortunate markings.

It’s extraordinary, really. All the things that have to fall into place for a dog to be show-ring worthy, let alone Best in Show material.

One thing that is non-negotiable for a conscientious breeder is to breed for a color that is disqualified by the breed’s standard. Substandard breeders who care most about hearing this sound see dollar sounds in breeding – and promoting – an exotic color. Uninformed breeders doing the same thing out of ignorance aren’t much better because they see no harm in breeding for a color the public seems to want. It’s just a color, right?

The image you see here is one we found unattributed on Pinterest (and we’ll happily credit the photo upon receipt of information). What’s not to love about this adorable Frenchie puppy?

Would the puppy sell as well if the breeder adhered to truth in advertising?  It would look like this: “Black French Bulldog puppies. RARE color that carries gene for deafness and eye problems.”

There is a reason why some colors are disallowed in the standards of some breeds, and it has little to do with whim. All white and all black Frenchies with no trace of brindle carry the deaf gene, and they can also produce blue-eyed dogs with eye problems. Few pet owners want to cope with health issues in their new dog, particularly after having paid big money for this “rare” quality in their puppy. A good breeder will never risk a dog’s health,  and potential owners actually bearing the responsibility of researching the breed they are getting won’t happen until the “good guys” do a better job of putting this word out: There’s a reason we don’t breed for certain colors!

Sadly, there are other colors considered “rare” in French Bulldogs that unscrupulous breeders will promote: Black and tan (think Doberman Pinscher). “Blue,” which if we understand correctly, has been a significant issue in the breed because it tends to produce yellow- or green-eyed dogs, all associated with blindness.

Some colors carry a genetic disorder that causes hair loss and dry, scaly skin that can lead to a miserable life for an adult Frenchie. Other DQ’s colors are so dominant that when they’re part of a breeding program, they can effectively eliminate healthy fawns, brindles, creams, and pieds because a unethical and/or uneducated people wanted these “exotic” colors.

We know our readers are informed individuals, but increasingly as NPDD inserts itself into the general population, our readers are caring pet owners who don’t know any better, but would like to improve. Our sincere hope is that this post will serve to prevent someone from purchasing a “DQ’d color,” and dry up the market for those colors.

5 thoughts on “What Separates Good Ones from Bad Ones”