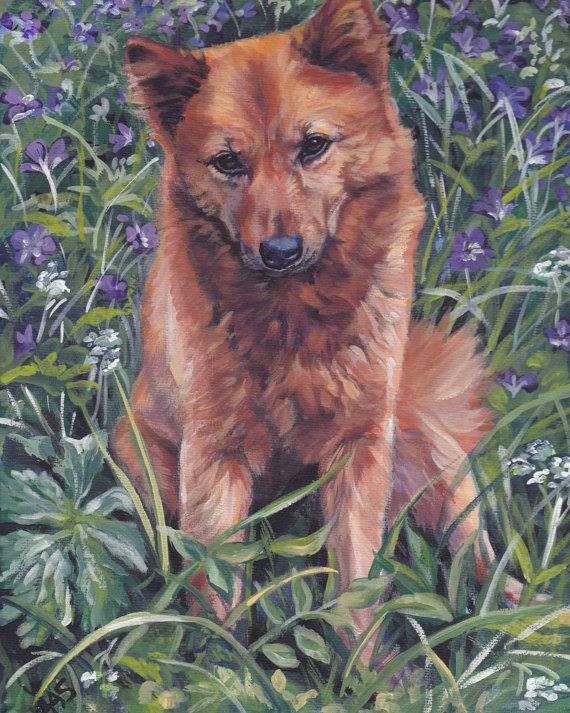 On November 3, 1967, “Laika,” a dog found as a stray, became the first animal to orbit Earth. She probably got her name because in Russian, “laika” is a noun derived from the verb, ‘layat’ which literally means “barker;” The word has also become a generic name for several breeds in that country.
The Finnish Spitz, also known as the Barking Bird Dog, is an ancient breed and said to share many behavioral traits with its Russian Laika cousins, not the least of which is its barking prowess.  The breed is a exquisitely sensitive one, and owners must be calm, patient and consistent with a dog that fully expects to be a stand-up part of the family. Failure to do so results in a variety of vocalizations – and an unhappy, misunderstood dog. A good reason to do one’s homework before bringing home any breed (or any dog, for that matter).