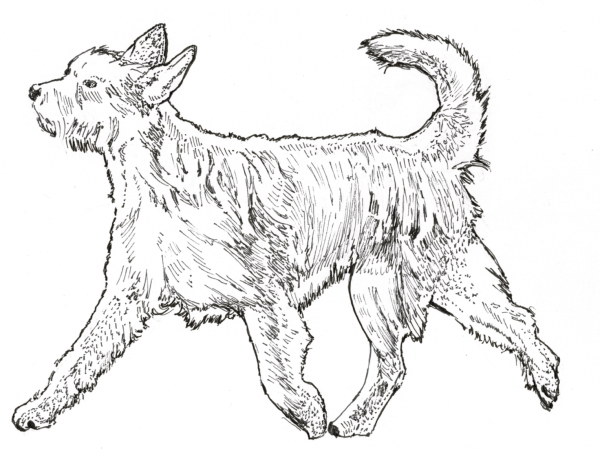 We recruited the talents of Sandy Mesmer to illustrate a point we wanted to make about the Berger Picard.  Can you spot the fault we asked her to sketch?

Like most herding breeds, a Picard’s tail should be a natural extension of the topline because the dog uses it as a rudder when working sheep. The Picard’s tail famously forms a “J” hook when standing, and it drops to the level of the hock as seen in the next photo: 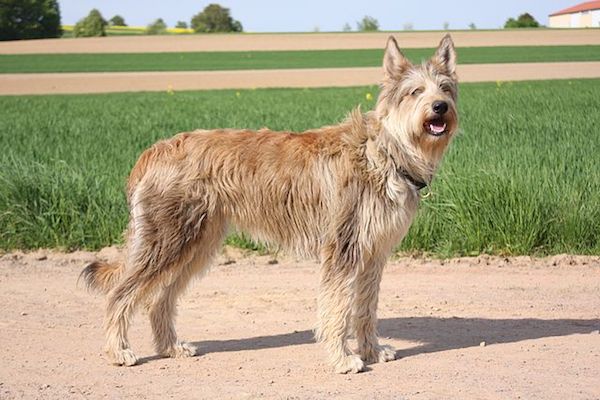 When the dog is moving, the tail should be carried as a natural extension of the topline. According to the standard, that tail may be carried higher than the level of the topline, but it should never be curled over the back – and there is what is wrong with the dog in Sandy’s illustration. The tail is what some might call a “gay tail,” as it’s clearly held high (not unusual in excited dogs), but it’s also carried over a portion of the topline, and this is a fault not only because its a deviation from the standard, but because it impacts rear movement and length of stride, both of which affect the dog’s ability to work efficiently, particularly if the tail is set high and the croup is flattened. 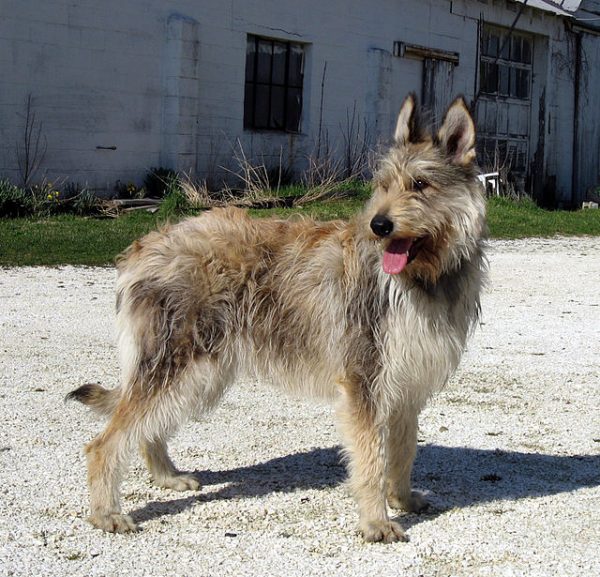 Photo by Leanam via Wikimedia Commons

It’s important to note that a tail carried higher than the topline is okay, and indeed, when we asked a Picard owner about this, they said that in Europe, judges might not fault a high carried tail. The United Kennel Club standard states that “when the dog is in action, the tail is carried higher than, but never above, the level of the back.” That said, it is the “over the back” part that is the issue we wanted to highlight. 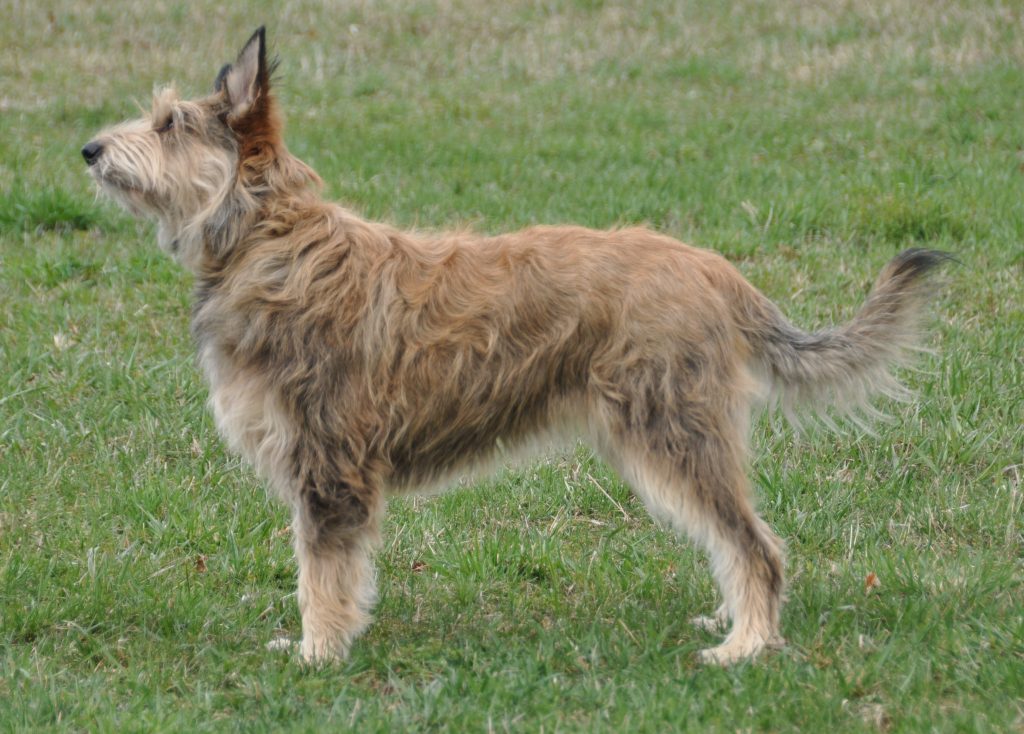 “Picard Delice Stacked” by Cufleadh is shared here through a license under CC BY-SA 3.0 which allows us to share, copy and redistribute it in any medium or format

The good news is that this must not be an endemic problem in the breed because we were unable to find a photo of a Picard with its tail carried high and over the back, and this is when we asked Sandy to illustrate the fault so we could point it out.

Image: Sandy’s name may be familiar to some of you because she is an Maxwell Award-Winning artist and author of five “Color Me Canine” coloring books. You can find the books, and more of her work on lifestyle items here.