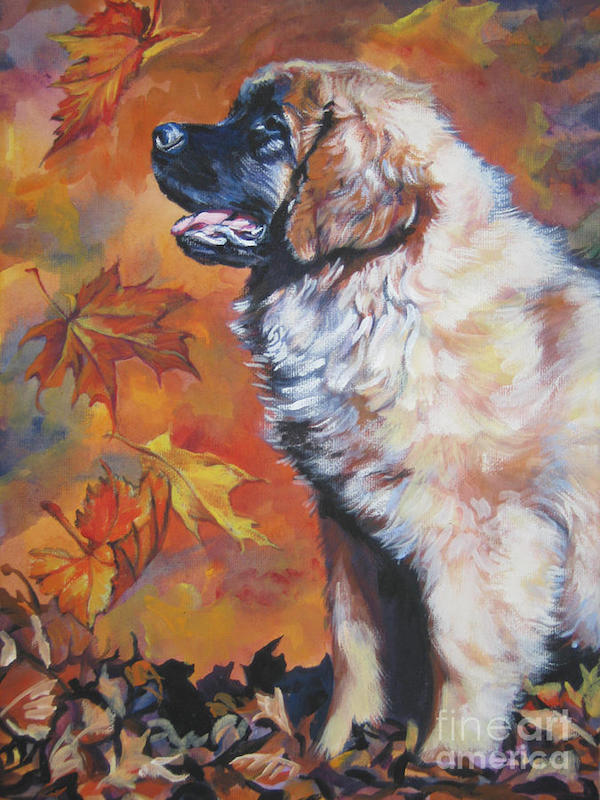 And the answer to this old joke is, “Anywhere he or she wants.”

The Leonberger’s history as a “large dog,” is undoubtedly rooted in creator, Heinrich Essig’s marketing genius to capitalize on a trend when he saw one. While the German breeder really was passionate about animals, it wasn’t lost on him that large dog breeds were highly favored during his time as a successful businessman and prominent citizen of Leonberg, a town on the outskirts of Stuttgart in southern Germany. His “master plan” was to create a dog that would resemble the lion on the town’s crest.

Maddeningly to us today, Essig, like many breed creators from over a hundred years ago, kept no written documentation of his breeding program, but it’s largely believed (ha, a pun) that he bred a Landseer Newfoundland bitch with a St. Bernard male and crossed them for four generations. Then he then outcrossed with a Pyrenean Mountain Dog, and back again with a St. Bernard. The Leonberger breed was born.

As an alderman, naturally Essig promoted his town, but at the same time, he popularized his breed by gifting puppies to celebrities and royalty. He gave dogs to to the Czar of Russia, to Bismark, to Napoleon III,  to Italian patriot, Giuseppe Garibaldi, to the German composer, Richard Wagner, to the King of Belgium and the King Umberto of Italy, to the Prince of Wales and to Empress Elizabeth of Austria. Essig’s name became famous, his kennel flourished, and he easily sold up to 300 puppies a year at the height of his career.

Responsible heritage breeders today are mystified by the notion that “designer breeds” only pull the best of each breed that went into making them because they know that genetics doesn’t work that way. That said. the Leonberger really did seem to inherit the best of the breeds that went into its development. A big dog, yes, but one that loves children, enjoys water, is a marvelous family watchdog, and is genial with other dogs.  It excels in search and rescue operations, and is versatile and adaptable. Above all, this Gentle Giant is affectionate, loyal, warm and has a gentle personality.