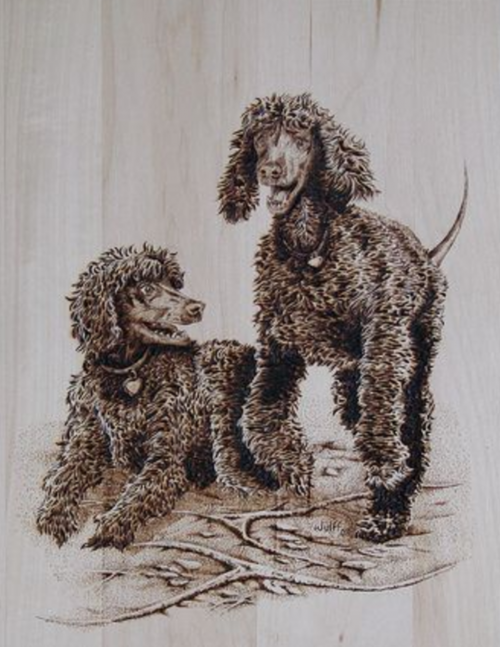 With apologies to Christians, we offer this quote: “She hath more qualities than a Water Spaniel which is much in a bare Christian.”  Thank William Shakespeare for that passage for appears in, “Two Gentlemen of Verona.”

It was a legend, however, that gives us insight into the breed’s conformation. As the story goes, St. Paddy had been given lodging for the night by a ﬁsherman who owned a liver-colored dog particularly adept at catching fish. The dog had grown out of his puppy coat, but the poor thing’s tail was still profusely covered with so much hair that it was impeding his ability to work. St. Patrick said nothing about this during his stay. When the ﬁsherman awoke the next morning, he discovered a big change in his dog: The Spaniel’s tail was no longer bushy, but covered only with short curls at its base, the rest of the tail as smooth as a rat’s tail.

And here you thought it was because of selective breeding. Ha.

The story is may be attributed to the late Alan Stern, former AKC breed columnist

4 thoughts on “Who Gave The Irish Water Spaniel That Tail?”