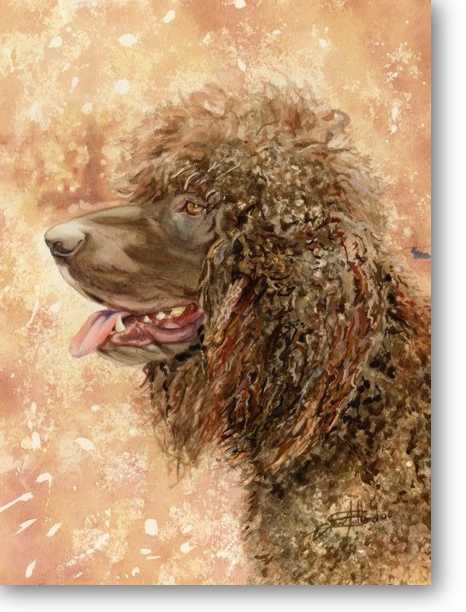 The leprechaun fairy watch is a webcam hidden in a field somewhere in Tipperary, Ireland. This is said to be an enchanted area well known for magical associations. In fact, there’s fairy ring close-by (a naturally occurring ring of mushrooms), and all manner of Irish fairies such as pookas, banshees and merrows might be seen.

This charming legend is attributed to the late Alan Stern from an article he wrote for the AKC Gazette.

Image of Irish Water Spaniel by  Stuart Mallard. This print is available here.