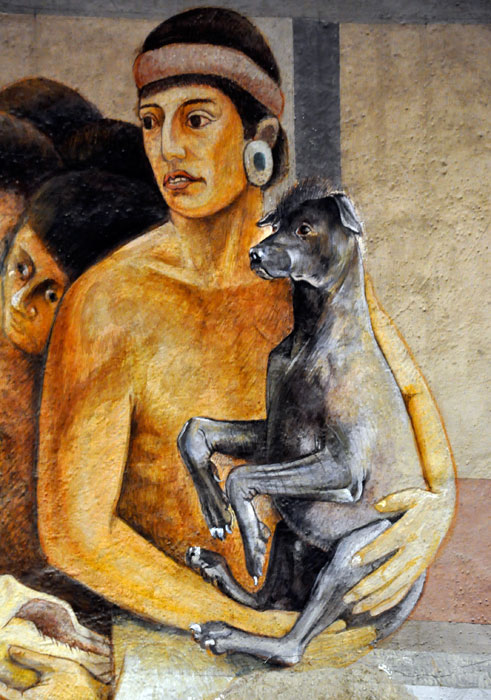 The Xoloitzcuintli owes its name to the Aztecs who named the breed after their God of lightning and death, “Xolotl.”  The root word was then merged with the word for dog, “itzcuintli” to form the name “Xoloitzcuintli.”  The breed was revered in Mexico not just for its healing power, but as a talisman to be buried with its master in the belief that the dog would would help the departed soul navigate the underworld successfully and find their way home safely.  Thousands of clay statues of these hairless dogs have been found in burial sites in Mexico illustrating the extraordinary importance this breed held in ancient society. Later, images of the breed were famously immortalized in Diego Rivera’s murals, and in the paintings of Frida Kahlo. If you doubt that today’s Mexican’s don’t still hold the Xolo in high regard, look at the amazing video below:

Image: A detail from the model of a market scene at Tlatelolco, National Museum of Anthropology, Mexico City

2 thoughts on “The Xolo Marionette”