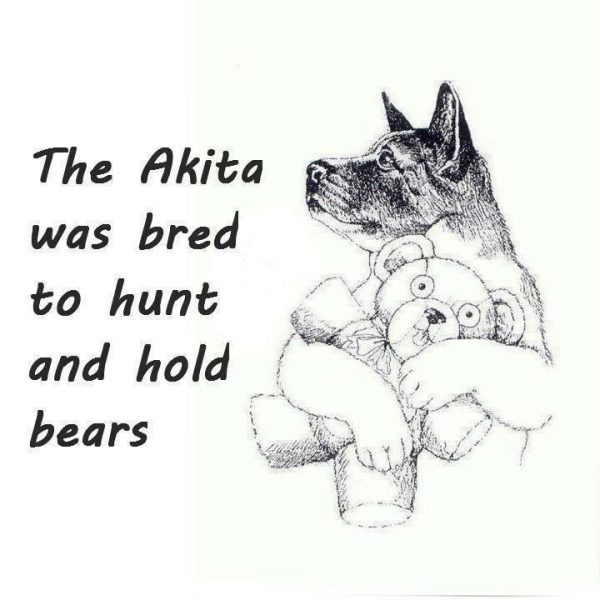 Once upon a time (500 years ago, give or take a day), a nobleman fell out of favor with the Emperor of Japan. Trust us, you didn’t want to irritate the Emperor of Japan. He exiled the nobleman and his family to one of the outer isles of Japan, a land famous for being overrun by the Yezo Bear, Japan’s equivalent of the Grizzly Bear, and a prickly tempered critter that can weigh close to 1200 pounds.

Clearly, the nobleman had to deal with this problem, and he did what any of us would do. He created a new breed of dog. He combined two different types of wolf, an ancestor to the Japanese spitz, a predecessor of the modern Mastiff, and a few other breeds that remain cloaked in mystery to create a new companion that kept the great Yezo Bear in check. In part, this was because the new dogs resembled the bears that they were bred to hunt.  The breed? Why, the Akita, of course.