The company’s first boots and shoes featured a “pegged-and-nailed construction,” the industry norm, but only four years later, the company began to manufacture shoes using a stitched-sole construction known as welting, a much stronger bond between the shoe upper and sole. The company continued to innovate, and in 1910, Red Wing introduced “Tredstrate” shoes which were built around a mold that more closely resembled the shape of a foot. It was a manufacturing advance that improved fit and comfort.

Within 10 years of its inception, Red Wing Shoes was producing more than 200,000 pairs of boots per year. With the onset of World War I, Red Wing began outfitting soldiers in the regulation Munson U.S. Army Last, designed to “fit all feet” with maximum comfort and, well, to last!  The Munson remained a top seller after the war and would influence shoe designs for the next 50 years.

Check with Texan wildcatters of a certain age, and you’ll probably learn that that many of them wore Red Wing’s “Oil King,”  a purpose built boot for oil fields.

Over the next several years, Red Wing would market boots made specifically for hunting, and venture into women’s footwear with The Gloria. The company introduced footwear specifically designed for occupational safety and became the first maker of footwear to introduce steel toed boots. In 1942, Red Wing made “Skytroopers”  for paratroopers in WWII.

This brings us 1950 when our interest in Red Wing is piqued with the introduction of Style #854, the first of many boots that would come to be known as the “Irish Setter.”  Designed specifically for hunting, the boot featured the distinctive Oro-Russet leather, the same color as an Irish Setter which was created by dying the leather using a bark extract from giant California redwoods.  The boots are now considered to be the first boots built specifically for outdoor recreation. By the 70’s, sportsmen and worker with physical jobs were wearing Irish Setter boots every day on the job as well as out in the field.  New materials introduced a highly waterproof kangaroo hide with a Vibram® sole and double-layered leather. The cutting-edge construction was the first of it’s kind.

It was during this time that we got our own Irish Setter boots which 50 years later, remain our go-to boots for hard work. Not gonna lie, we love them. 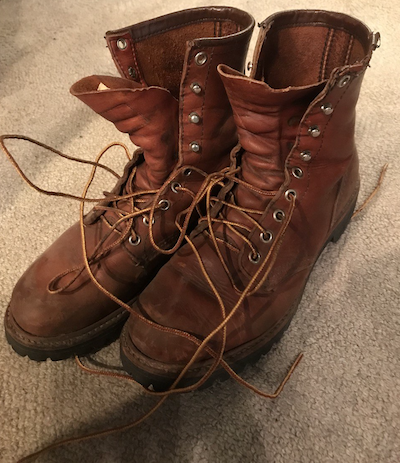 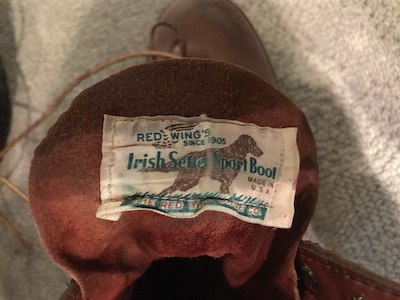 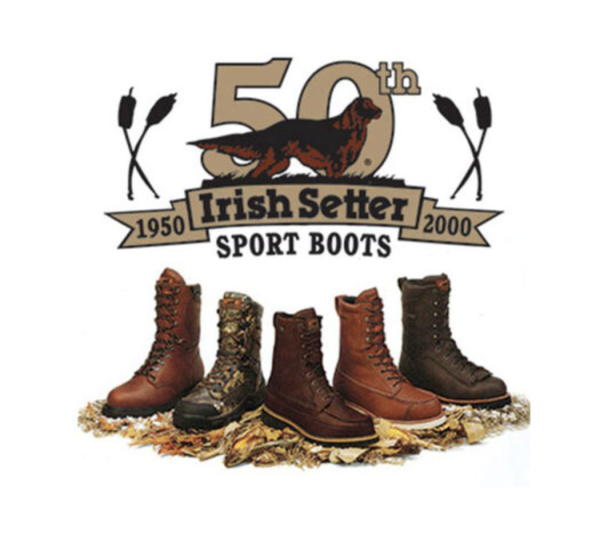 The Red Wing company is now the official upland hunting boot sponsor of Pheasants Forever and Quail Forever,  and co-sponsored the 2017 Bird Dogs for Habitat campaign, an online fundraising contest for members and supporters to vote for their favorite breed of bird dog (the German Shorthaired Pointer handily beat the other breeds in the vote). They also ran a Bird Dog ID Contest on Facebook, and assorted other events that recognize purebred bird dog breeds.  They have almost always featured an Irish Setter in their ads: 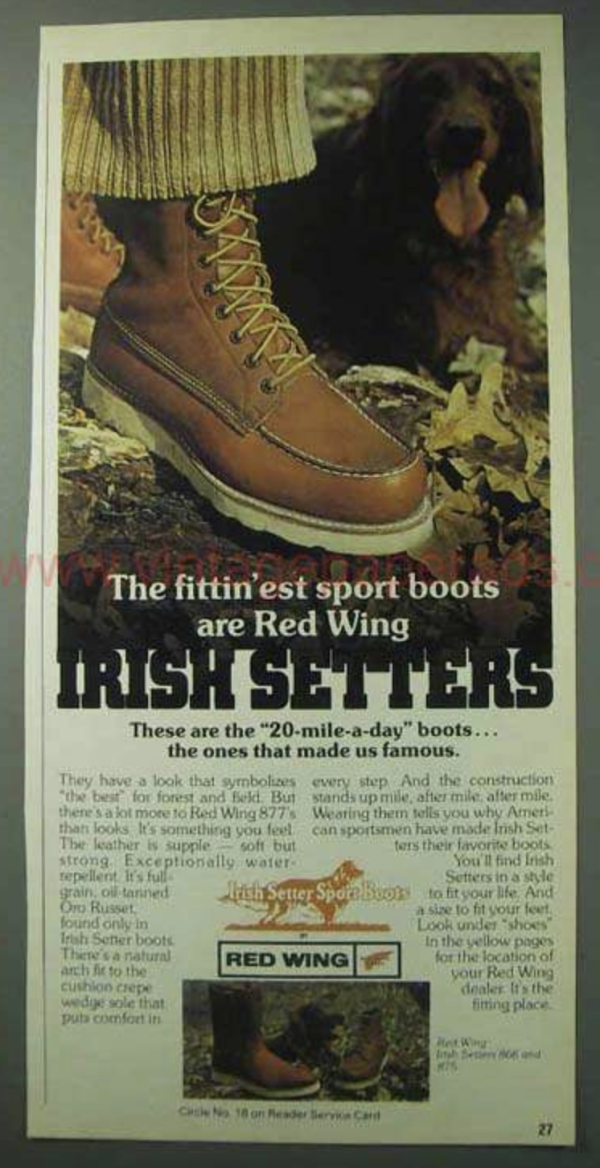 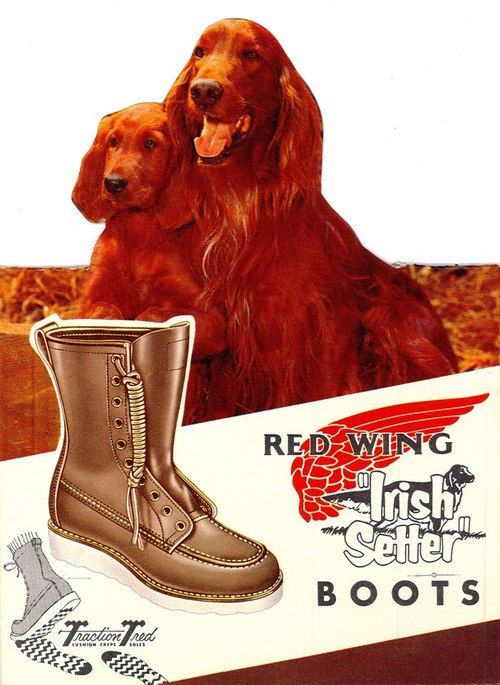 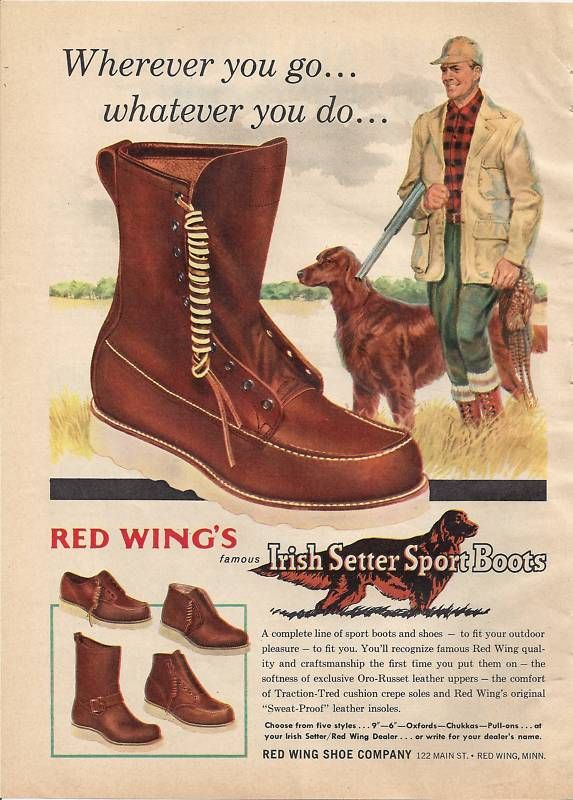 Irish Setter boots are still sold,  and you might even have a pair in your own closet and not realize they are Irish Setters!