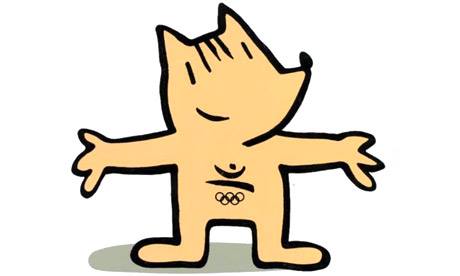 The logo you see here that was designed by Javier Mariscal is “Cobi,” mascot of the 1992 Summer Olympics in Barcelona, and he is a Catalan Sheepdog created in Cubist style as inspired by the interpretations of Picasso of a masterpiece by Velázquez. The mascot was unveiled to the public in 1987, his name derived from the Barcelona Olympic Organising Committee.

Before and during the Games, Cobi appeared extensively in souvenirs (dubbed Cobiana), was shown in a variety of advertisements, and even had his own TV series, The Cobi Troupe. During the Games, an inflatable Cobi was tethered to the Barcelona waterfront.