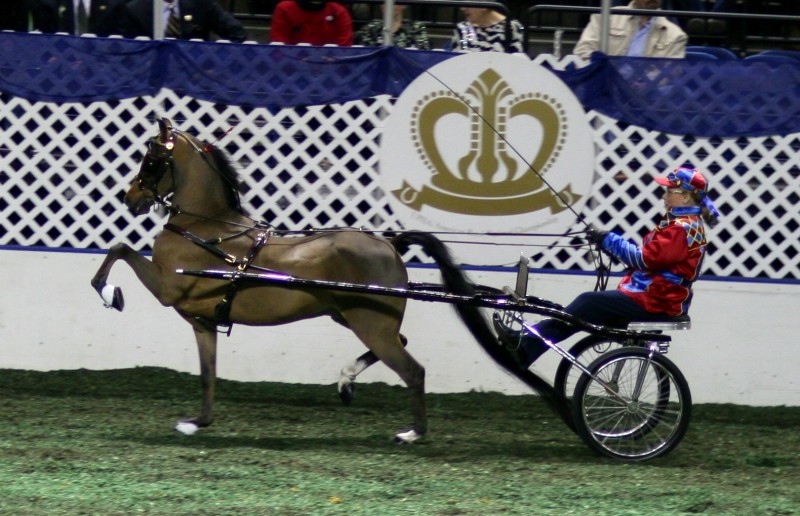 In a horse, a hackney gait (see here) is characterized by a “high kick,” or a pronounced flexion of the knee, but in breeds where the gait is considered a fault, it’s caused by a dog having more angulation (and drive) in his rear than in his front. Instead of overreaching, the dog uses extra high, and very quick action of his forelegs to keep his front feet out of the way of his back feet. It results in bouncy movement which is also inefficient movement for those breeds.

A hackney gait, however, is correct for the Miniature Pinscher, and if you have a picture of your Min Pin exhibiting this gait, we’d love to see it!