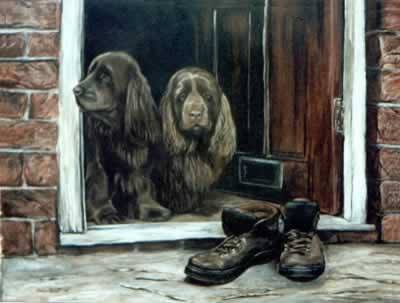 First bred in 1795 in Hastings, East Sussex for specific hunting conditions, the Sussex Spaniel was among the first ten breeds to be recognized and admitted to the AKC Stud Book in 1884. Sadly, by 2004, the breed was identified as a Vulnerable Native Breed by Kennel Club of Great Britain (breeds described as having annual registration figures of less than 300 per year). In 2008, only 56 Sussex Spaniel puppies were registered.

Can you name the other nine breeds which were among the first ten recognized and admitted to the AKC Stud Book?