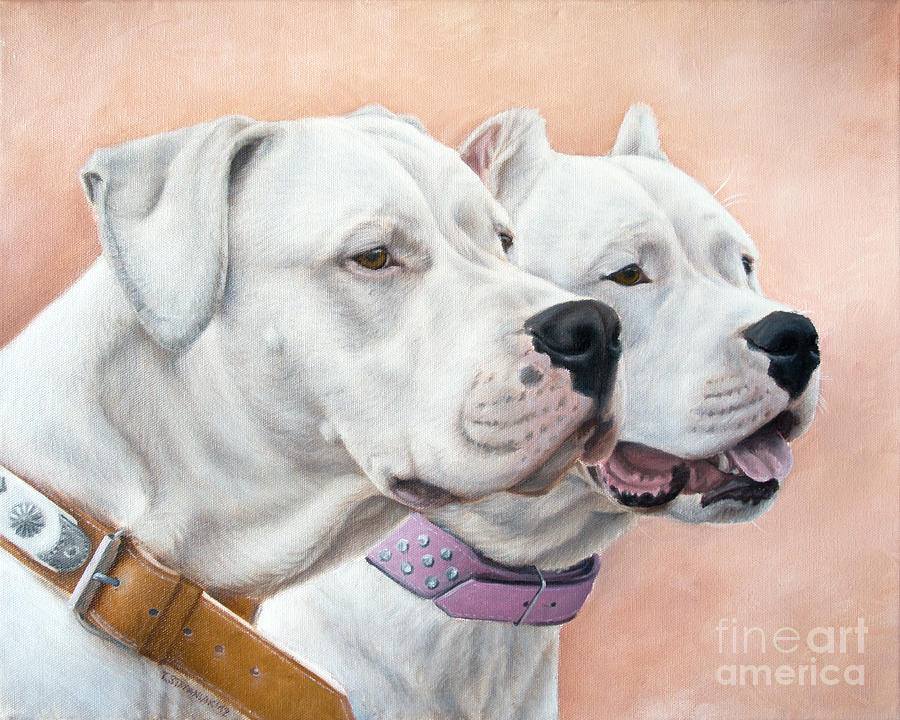 During a hospitalization, her new puppies were placed with a “wet nurse,”and when she was feeling better, she picked her own puppies out of a pile of puppies whelped by two mothers.

“She” is a Dogo Argentino, and she was just showing off the scenting ability for which her breed is renown. Dogos, the only breed developed in Argentina, were created in the 1920s by Dr. Antonio Nores Martinez who wanted a tough hunter, a tough guardian, but a trustworthy family dog.

The root stock of this breed was the Old Fighting Dog of Cordoba but the Great Dane was added for height, the Great Pyrenees, for bulk, color and hardiness, the English Pointer, for his fine nose and air scenting, and the Irish Wolfhound for speed. Later, Martinez added the Dogue de Bordeaux for courage and strength.

Dogos are still used in hunts in Argentina which are held in strict silence by both dogs and hunters.The dogs hunt in packs and are highly valued by their owners who immediately care for the dogs after a hunt before they tend to themselves.  As it should be.