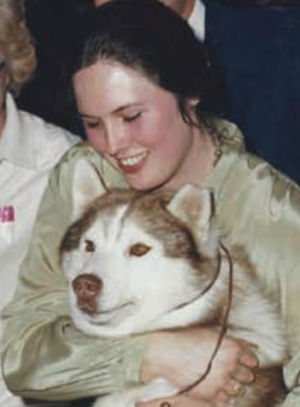 It’s not all that jarring to learn that the term for an injured or deformed dog ear is a “broken ear.”  This shouldn’t be confused with a break in the ear which refers to where the crease is in the fold of a semi-drop eared dog.

Depending upon the breed, a broken ear could put the brakes on a show career. Some breed standards make allowances for “honorable scars,” but the Siberian Husky isn’t one of them.  Imagine, then, having a Siberian Husky show dog, and in a fight, another dog bites off a chunk of his ear. Game ender, right?

An army brat, a shy girl, Trish was always struggling with being the new kid in school. She took comfort in helping her mother with the Siberian Huskies she bred and raised, but formed a special bond with the red Siberian Husky they came to call “Cinnar.”

After school incident, Trish need to feel she had some worth, and decided to take Cinnar to dog shows. She struggled to afford entry fees,  but earned a bit of cash and learned the ropes as a handler’s assistant. Still, Trish and Cinnar didn’t do all that well at their first shows. They consistently lost to an established competitor in the ring, but with a little faith (and mentoring) from one of the handlers for whom she worked, Trish and Cinnar began to do some winning.  And then disaster struck. Possibly while fence fighting, a bitch attacked Cinner and damaged his ear.

One can imagine how Trish must have felt, but sometimes we can be “talked off the ledge” by someone who takes the time to care. One such person, a dog show judged, persuaded Trish to keep competing, and she did.

She not only kept exhibiting, she decided to aim for the prestigious Westminster Kennel Club Dog Show. Trish would be competing at America’s second oldest continuous sporting event with a dog whose color was unusual for the breed, and that was missing part of its ear.

Trish not only beat her old rival in the breed ring, she and Cinnar went on to win the Working Dog group. From there, it became a “pinch me” story. In 1980, Trish Kanzler became the youngest person to win Best in Show at Westminster, and Cinnar became the first, and remains the only, Siberian Husky to win it. 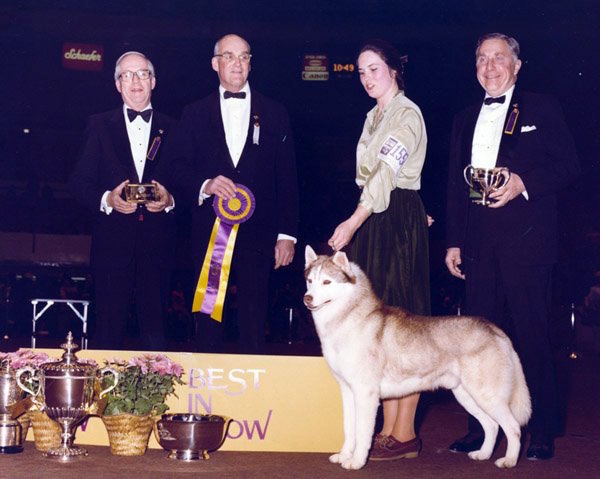 Missing part of an ear didn’t dissuade Westminster judge, E. Irving Eldredge, that the rest of the dog wasn’t worthy. In his career, Cinnar became the top producer in the history of the breed, and won over 30 Bests in Show and Multiple Best in Specialty wins.

As of 2016, there was a Kickstarter campaign to share Trish and Cinnar’s story on the big screen in a movie that would be called, “A Little Magic,” but sadly, it fell short of its goal. You can still see the video that was made to promote the campaign here.  It was a terrific idea that we wish had succeeded.