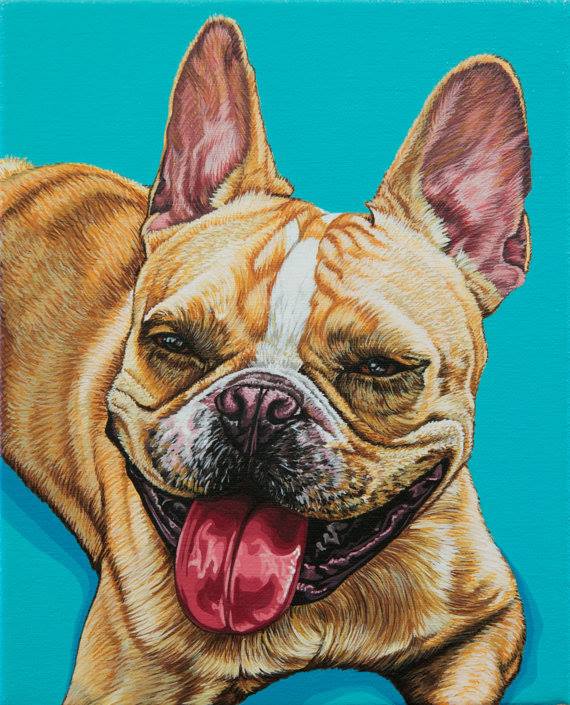 “A Clown in the Cloak of a Philosopher.” Behind the serious expression of a French Bulldog is a canine comedian. She can do something utterly comical all the while wearing that furrowed-brow-deep-in-thought look on her face, and because Frenchies are so good at it, the breed is often referred to as a comedian wearing the coat of a philosopher.

In the mid-19th century, the Industrial Revolution promoted some British lace makers to leave England for France in search of more work. They took with them the undersized bulldogs which had been their loyal companions. The dogs became very popular in France, especially those with the upright ears (a trait traditional Bulldog breeders back in England were only too happy to part with). The dogs became especially popular with Parisian women, especially with the “evening’s ladies.” These ladies of the night dubbed their dogs “Bouledogues Français” — or, in English, “French Bulldogs.”