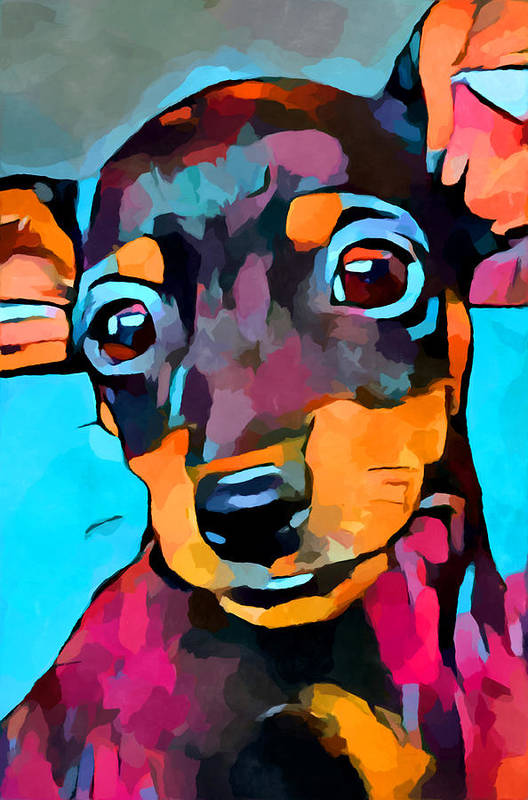 The Torfspitzgrupe, or turf-rat-terrier group, has origins traceable to the Stone Age, and even though most of us weren’t there (cue the chuckle),  most readers know one of the descendants of this oldest of family groups as the Miniature Pinscher.

After skeletons of Torfspitz were recovered from numerous lakeside diggings in Switzerland in 1901, German scientists included in their report of the archeological digs information that made it possible to tie the Min Pin to the Torfspitzgrupe.  Stone implements and other artifacts clearly classified the dwellings as early stone age. The theory was supported by Dr. Rutimeyer and Dr. Struder, the latter having had his opinion reported in Die Prahistorischer hunde.

As a breed, Min Pins were recognized more than 200 years ago, but the first breed standard wasn’t written until German breeders formed the Pinscher Klub (later renamed the Pinscher-Schnauzer Klub) in 1895. It would be five years before Min Pins were exhibited for the first time anywhere, this occurring at the Stuttgart Dog Show in 1900, a year before the theory tying the breed to the Torfspitzgrupe was published. As an aside, the Min Pinscher was sometimes called “Reh Pinscher” in its early days because it resembled a small breed of red deer inhabiting German forests, the term used for dogs of the same stag-red color. The name was soon changed to the Miniature Pinscher, or Zwergpinscher in German,  pinscher referring to dogs bred as vermin hunters, and zwerg meaning “dwarf” or “midget”).

Once the German Pinscherclub was started, the breed took off in popularity.  It was particularly popular in Germany from about 1905 to 1914, and in Norway, the breed was introduced in 1905 when Queen Maud came home from a trip to the UK with a Min Pin. It became her favorite breed, and in time, she would own a total of eleven of them.

It took nineteen years for the breed to arrive in the United States, and when it did, Min Pins were exhibited in the AKC’s Miscellaneous Class.  In 1925, however, the AKC recognized the breed as a pinscher and moved it to the Terrier Group because of its ratting history. It was reclassified as a toy breed in 1930 and called Pinscher (toy), but growth for the breed had been sluggish until the Miniature Pinscher Club of America was formed and reignited interest in the breed.  The breed was renamed the Miniature Pinscher in 1972.

It took even longer for the Miniature Pincher to arrive in Australia which happened in the 1950s when George Byron imported a pair of red dogs from England into Sydney. These dogs were of American bloodlines, the bitch having been imported while she was pregnant. Her two bitch puppies was a good start for the breed in that country.

Image: Miniature Pinscher by Chris Butler is available as fine art and in lifestyle and home decor items here