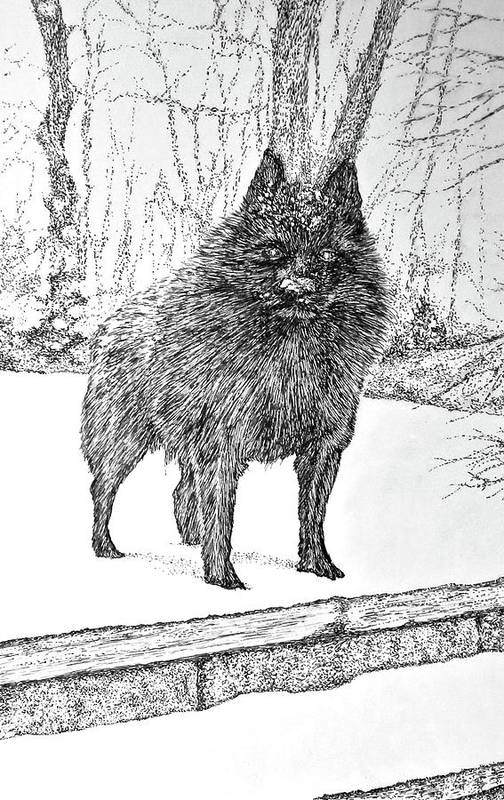 If you’ve been pronouncing “Schipperke” as Skih-per-kee,” you’ve been doing it wrong, but that’s about as far as we can go. Some sources say it’s “skip-er-kay,” but when we hear Dutch speakers say the name, it’s “ske-per-ke.” Our suspicion is that we’ll hear from many of you sharing the real pronunciation, and that’s okay because the name has always been controversial.

The name is Flemish (or Belgian Flanders), the dialect spoken in the northern provinces of Belgium, though the standard language there is Dutch. When it comes to the meaning of the name, it’s “off to the races.” Many breed experts maintain that the name can be translated as “boatman,” “bargeman,” or “skipper.”  The affix of “ke” makes the word a diminutive, so technically, it should be little boatsman, little bargeman, or little skipper. The matter is settled, right?

Wrong. Some authorities insist that the name doesn’t mean little barge dog at all, but “little shepherd” because in the dialects of Louvain and Brussels, “schipper” means “scheper,” and that translates as “shepherd.” It’s hard to discount the opinion when an authority on the breed, Felix Verbanck, insists that the shepherd interpretation is the correct one, and that in the Flemish dialect, the word is “little shepherd.”

And just when you thought we were finished, we’re not. We’ve come across those who insist the name is more correctly pronounced as “SHEEP-er-ker.”  The Schipperke Club of America, it should be noted, writes on its website that the Schipperke is pronounced “skip-er-key.”

Perhaps the most diplomatic way out of this is to simply call it what it is: A dynamic, mischievous, and impudent little dog. “Schip,” for short.

Image: “Winter Schipperke” by Janice Petrella-Walsh is available as fine art, and as home decor and lifestyle items here

2 thoughts on “A Diplomatic Way to Pronounce the Name”